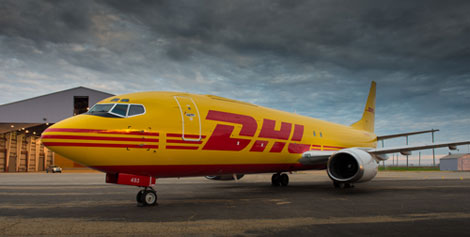 AERONAUTICAL Engineers Inc (AEI) has delivered the first of five converted B737-400SF freighters to Southern Air, which will operate them for DHL Express in the Americas.
The aircraft is a standard gross weight B737-400SF built in 1999, and was converted at Commercial Jet’s Dothan facility, one of five authorised AEI conversion facilities worldwide.
It is the sixth of an anticipated 30+ freighters which AEI expects to deliver this year.
"We operate Southern Air to the same exacting standards as DHL and will continue to enhance our fleet and air cargo capabilities in order to offer DHL safe, reliable and fuel efficient air lift at competitive costs," states Daniel J McHugh, Southern Air’s chief executive.
"AEI’s collaborative approach was instrumental in converting these aircraft from passenger to full freighter capability in record time," he adds.
Current planned routes for the B737-400SFs include flights from Caracas to Barbados and Trinidad and Tobago, as well as from Caracas to Bogota and Panama.
In the USA, the B737-400Ss will add flights from the DHL Express Cincinnati Hub to several cities along the north-east and Midwest regions, including Philadelphia, Hartford and St Louis.
Share this story