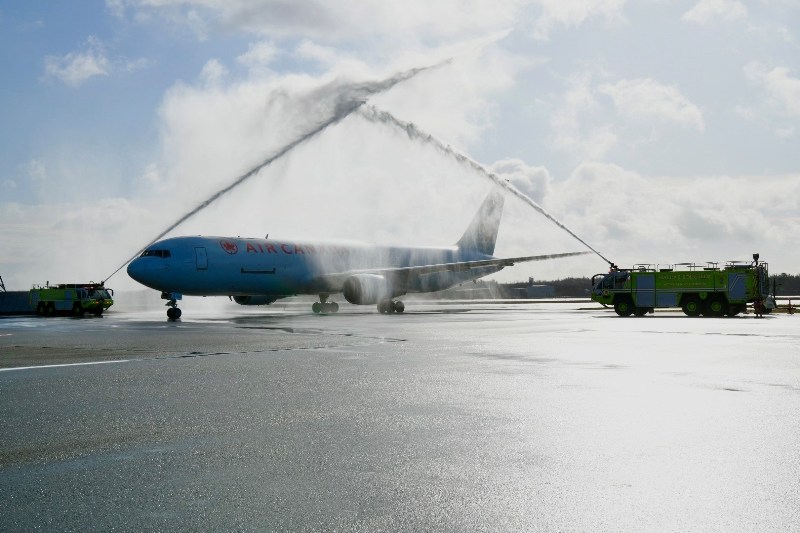 Air Canada Cargo has added its second freighter aircraft allowing it to start ramping up its freighter network with new destinations in Canada and Europe.

The airline said that the addition of its second B767-300ER will allow it to start high frequency freighter services from Halifax Stanfield International Airport to Toronto.

From Toronto the carrier will in May launch new freighter services to Frankfurt, Cologne, Istanbul, and Madrid.

“Today’s flight from Toronto arrived in Halifax with freight coming from around Air Canada’s global network and destined for Atlantic Canada,” the airline said.

“It will be loaded up with fresh lobster, fish, aerospace parts, and pharmaceuticals for its journey back to Toronto, from where those goods will be shipped to their final destinations around the globe.”

Jason Berry, vice president, cargo at Air Canada, said: “We have always enjoyed a long-standing and strong bond with Atlantic Canada and the Nova Scotia community, and we are thrilled to introduce direct freighter capacity to the market.

“Atlantic Canada’s economy has experienced important growth in the last few years, with increased demand from North America, Europe, and beyond.

“Nova Scotia is a key element of our growth strategy and Halifax being one of our first Canadian markets with the freighters further emphasises the importance we place on our partnerships in the community.”

“We are thrilled with Air Canada’s continued investment in Halifax and look forward to their future growth to meet the needs of communities across the region.”

In total, the carrier plans to convert eight of its B767 aircraft into a freighter configuration.