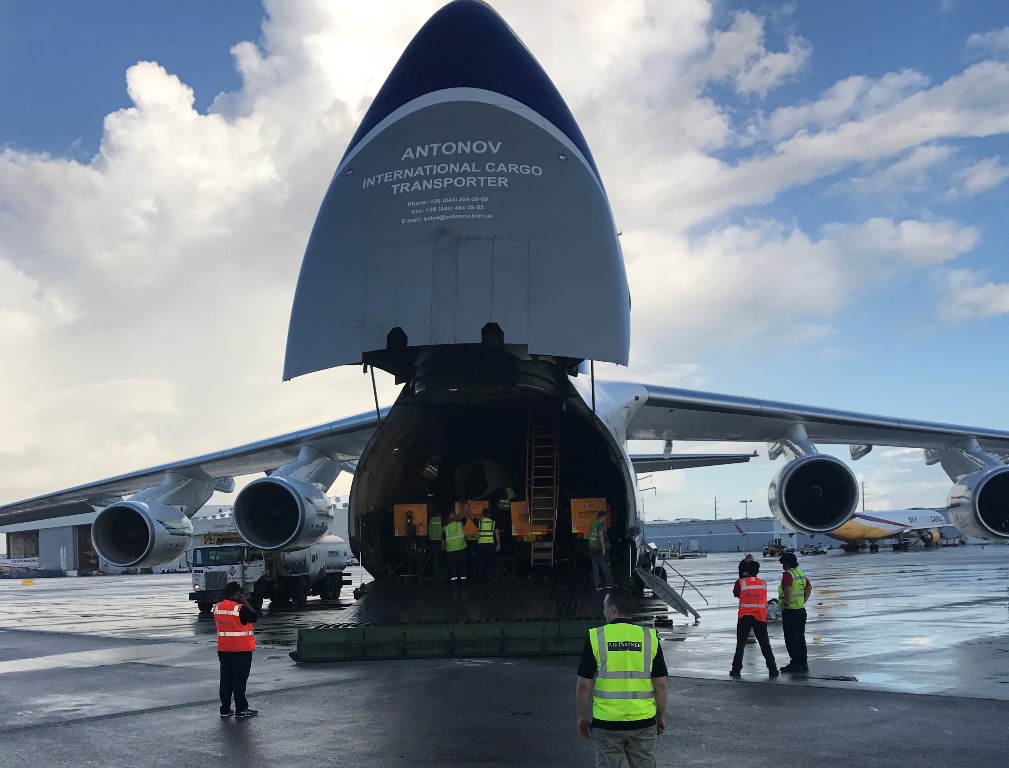 Air Partner has carried out a number of urgent freight charters across the Caribbean in recent weeks to support the relief effort in the wake of Hurricanes Irma and Maria.
The flights were operated on behalf of governments, NGOs, charities and commercial entities to a number of islands in the region, including Puerto Rico, Cuba and Guadeloupe.
Cargo flown includes generators, four-wheel drive vehicles, bottled water and humanitarian aid, which was required to reached those affected in the most efficient and time-effective way possible.
Aircraft used ranged from private jets to Antonov AN-124s, one of which was in fact among the first aircraft to land at San Juan Airport in Puerto Rico after it reopened.
"Since many islands suffered communication difficulties in the immediate aftermath of the storms, Air Partner’s representatives on the ground closely co-ordinated cargo delivery, aircraft loading, aircraft handling and landing requests," the company said.
"With aircraft availability changing at very short notice, forward planning was crucial to ensuring the successful operation of these flights."
Read more freighter operator news