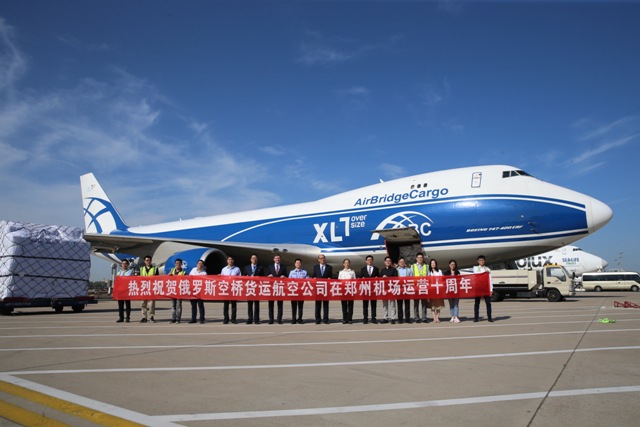 AirBridgeCargo (ABC), part of the Volga-Dnepr Group, is celebrating its 10th anniversary of flights to/from Zhengzhou.

On the September 17, 2010 ABC’s Boeing 747-400 took off from Zhengzhou International Airport on its flight to Moscow with further onwards connections to European gateways of the carrier.

The carrier was the first foreign all-cargo airline to offer services from Zhengzhou Airport and the frequency of flights has been increased from the initial two flights to seven flights per week.

ABC is among the top five cargo carriers in the airport in terms of cargo volumes, with a 10% share of volumes.

Dmitry Vorontsov, group director, Asia & Pacific development, Volga-Dnepr Group, said: “Not only this September marks the 10th anniversary of our CGO flights but also celebrates our relations with Zhengzhou International Airport with commitments to long-standing cooperation, mutual support and development of joint projects.

“The rapid development of this production center with vast industrial zones, technological clusters, coupled with special economic conditions, bolsters activity of export-oriented manufacturers and their cargo flows which we are ready to leverage.”