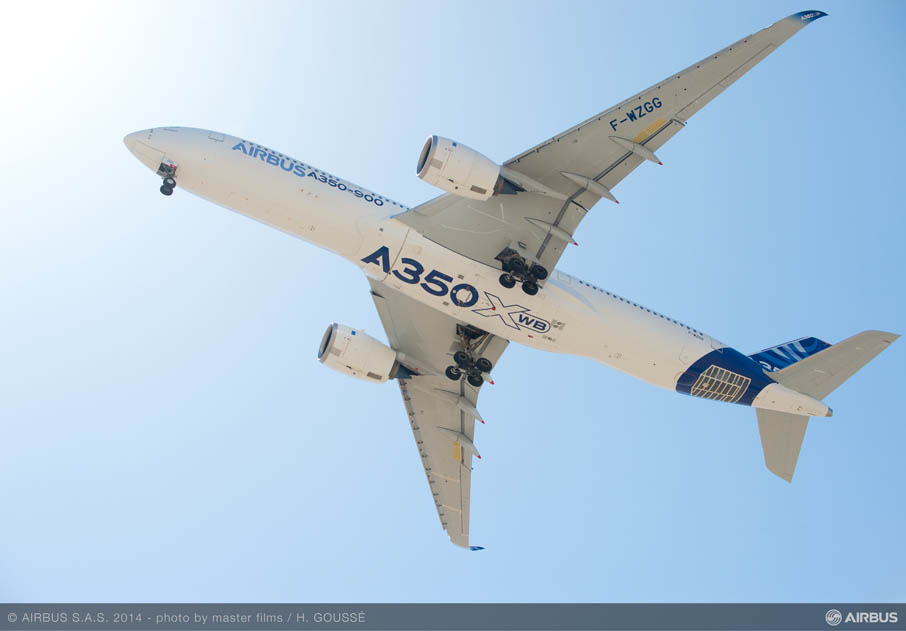 Airbus has announced the launch of an A350 freighter while Boeing has confirmed a B777X freighter is under consideration.

While announcing its half-year results, Airbus confirmed that it hopes to launch a freighter version of the A350 in 2025, although the manufacturer has not confirmed a launch customer so far.

With the aircraft likely to have a slightly lower capacity than B777s, Airbus is pitching the aircraft on its efficiency and its ability to meet stricter ICAO emissions regulations coming into force in 2028.

Airbus believes that these new regulations will result in a wave of replacements as existing widebody freighters are made obsolete.

Airbus chief executive Guillaume Faury said the aircraft would have 20% less fuel burn than existing twin-jet freighters, 30% less than a three jet aircraft and 40% less than a four engine model.

The aircraft is expected to offer capacity of more than 90 tonnes, with some reports suggesting it could be able to carry more than 110 tonnes.

He added that it is likely to be based on the A350-1000 variant and will be embedded in the A350 production system — meaning there is no need to plan for an individual production rate for the freighter.

Faury said the decision to launch the freighter was also based on customer demand for a rival widebody freighter to Boeing’s B777F and B767F.

“Following Board approval, we are enhancing our product line with an A350 freighter derivative, responding to customer feedback for increased competition and efficiency in this market segment,” the aircraft manufacturer said in a statement.

Meanwhile, Boeing has also spoken about its plans for the launch of a new widebody freighter.

Sister title FlightGlobal reports that Boeing’s chief executive views a freighter version of the 777X as a logical next aircraft programme for the Chicago-based airframer, noting Boeing will need a cargo jet that complies with looming aircraft emission standards.

“We need to develop a new ICAO-compliant freighter,” cheif executive David Calhoun said. “I circle the 777X as the logical place for that, and the smart place to do that.”

Calhoun stresses that he is not suggesting Boeing has already launched such an aircraft or that “we have one planned”.

Both companies have been urged to develop a new generation of freighters by Qatar Airways chief executive Akbar Al Baker.