Airfreight a rhinoceros? Of courseros! Make it two. 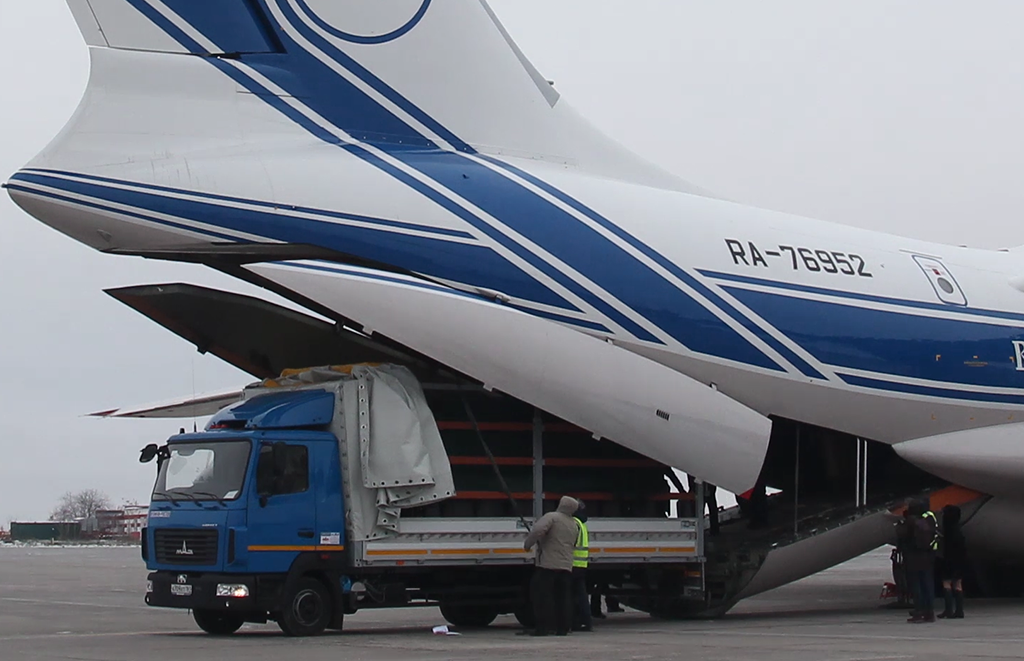 Volga-Dnepr Airlines transported two Southern White Rhinos from Tel Aviv, Israel, to Russia where they will reside in one of the largest Russian zoos in Rostov-on-Don.
The rhinos were transported on the airline’s modernised IL-76TD-90VD freighter to ensure the correct temperature and pressure environments were maintained during the flight.
The aircraft’s low-noise engines also contributed to the comfort of the rhinos during their journey, during which they were closely monitored by Israeli veterinary experts who travelled onboard the freighter as cargo attendants.
Commenting on the transportation, Dr. Gillad Goldstein, curator of the Israeli zoo, said: “Everything went quite smoothly. The aircraft team were very experienced and efficient. Thank you for your part in this project.”
Alexander Zhadobin, director of the Zoo of Rostov-on-Don, added: “In February 2017 we started negotiations on transferring the rhinoceroses, which included following the recommendations of our Israeli colleagues and redesigning the rhinos’ enclosure.
"Since arriving in Russia, they have relocated well under quarantine as they adapt to their new conditions. We would like to express our gratitude to Volga-Dnepr Airlines for their safe transportation.”
The Zoo of Rostov-on-Don participates in international programmes for the preservation of rare and endangered animals.
The transportation was performed at the request of Charter Green Light Moscow LLC, a logistics partner of Volga-Dnepr Airlines.
White rhinos are the second largest land mammals after elephants. Being naturally the inhabitants of Africa, Southern White Rhinos are now subject to protection and population management following the almost complete extinction of their close relatives, the Northern White Rhino.
Volga-Dnepr Group continues to perform important missions to support the wildlife preservation projects. Following previous deliveries of rare and endangered Przhevalsky horses by its sister carrier Atran Airlines, Volga-Dnepr Airlines transported the two male rhinos from the Zoological Center Ramat Gan in Israel.
Read more Live animal transportation news

Delta Cargo has introduced a new pet travel carrier, CarePod, which offers real-time updates throughout the journey. After five years…