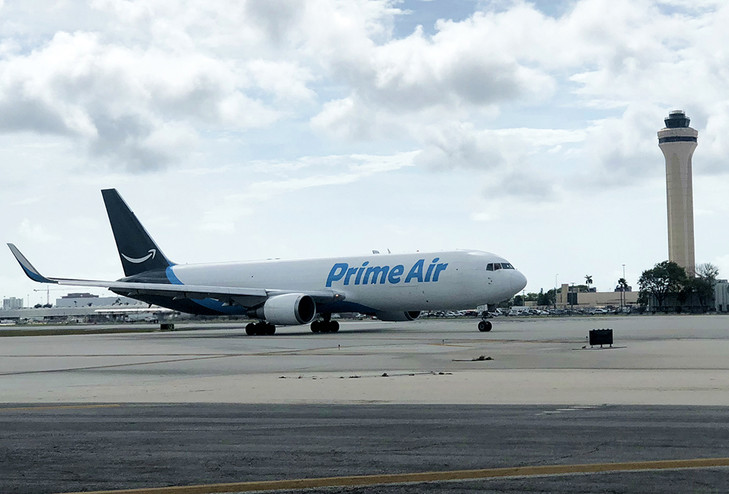 The airport announced last week that the carrier would begin services to the Alaskan hub utilising Boeing 767 freighter capacity.

The airport said that it would result in Amazon Prime packages being delivered to Alaskans “a little sooner than normal”.

Amazon Air will be based at the airport’s Kulis Business Park, south of the east-west runways.

“This is the second new airline we’ve welcomed to Ted Stevens Anchorage International Airport this quarter, and another business being added to the airport’s business park on the former Kulis Air National Guard Base,” said Jim Szczesniak, Airport Manager.

“Ted Stevens Anchorage International Airport is perfectly situated to support the movement of e-commerce goods between Asia and North America, and this new business fits with our strategy of maximizing ANC’s potential for development.”

The move has led to some speculation that it could act as a pre-cursor to the launch of Amazon Air flights to Asia.

However, there are also other possible reasons for the launch of services to Alaska.

The airport is often used as a strategic hub by express firms to process goods destined for the rest of the US because of its closeness to China.

And with Amazon looking for increased control over its package network, the airport is therefore the company’s first opportunity to get hold of US packages originating from Asia.

The company can then fly the parcels directly to its hubs, rather than allowing them to stay in the integrators’ networks for a longer period of time.

FedEx also uses the airport as a hub and it recently axed its domestic US contract with Amazon.

The flights could therefore be simply to make up for the shortfall in capacity as a result of the FedEx break up.

Amazon is also continuing to expand its freighter fleet and last week announced it had signed up to an extra 15 B737s from GECAS.