Amazon to lease a further 20 freighters from Atlas 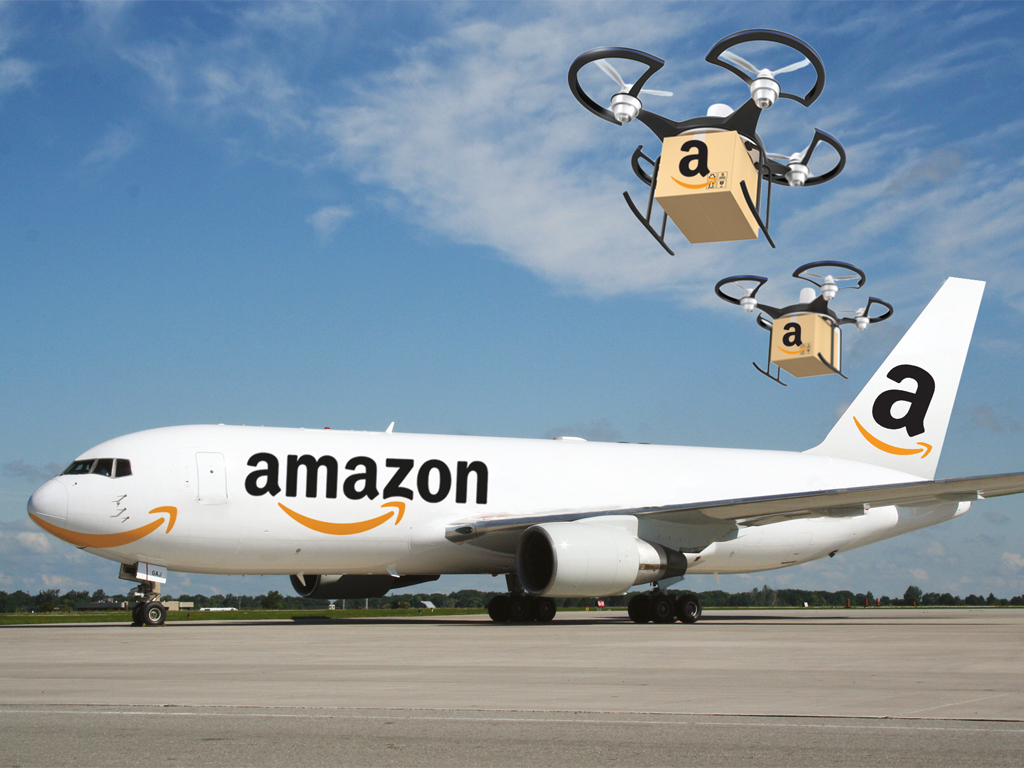 UPDATED: E-commerce giant Amazon will double the size of its airfreight fleet after it signed up to lease another 20 freighters, this time from Atlas Air Worldwide Holdings (AAWW), which it will also invest in.
The long-term commercial agreements include the operation of 20 B767-300 converted freighters for Amazon on a crew, maintenance and insurance (CMI) basis by Atlas Air Worldwide’s airline subsidiary, Atlas Air, Inc., as well as dry leasing by its Titan Aviation leasing unit.
The move comes as Amazon experiences rapid sales growth, sales up 28% during the first quarter. It claims existing operators cannot provide the capacity needed to meet the demand and said the fleet will support its two-day delivery prime service.
Atlas Air Worldwide also granted Amazon warrants to acquire up to 20% of AAWW’s common shares at a price of $37.50 per share over a period of five years, with vesting tied in part to the commencement of operations of the 20 B767-300 freighter aircraft and other conditions.
The dry leases will have a term of 10 years, while the CMI operations will be for seven years, with extension provisions for a total term of 10 years.
The aircraft are expected to be used on domestic US operation, although Amazon has yet to confirm its exact plans.
When asked if the deal could be extended to widebody operations, Atlas said no discussions had taken place beyond the deal for the 20 B767s.
Operations under the agreements are expected to begin in the second half of 2016 and ramp up to full service through 2018.
Earlier this year, Amazon announced a deal to lease 20 freighters from ATSG. It would also take a stake in the company. The ATSG deal is for a mix of B767-300s and B767-200s.
Atlas president and chief executive William Flynn said: “We are excited to begin a strategic long-term relationship with Amazon to support the continuing expansion of its e-commerce business and to enhance its customer delivery capabilities.
“We appreciate Amazon’s confidence in our capabilities, global scale and operating excellence.”
The company said it would need to source all 20 aircraft, which it would arrange to have converted itself.
It had already negotiated deals for a number of aircraft and was well along the path to completing negotiations for the other B767s. It was working with a number of conversion shops it said.
The aircraft would be paid for through secured aircraft financing and cash generated from operations.
It added that customer DHL, which is a potential service provider for Amazon, was supportive of this transaction and added that all customers will benefit from the synergies driven by the transaction.
Amazon senior vice president of worldwide operations Dave Clark added: “We are excited to welcome a great provider, Atlas Air, to support package delivery to the rapidly growing number of Prime members who love ultra-fast delivery, great prices and vast selection from Amazon.”
The share purchase agreement also provides for future growth of the relationship as Amazon may increase its business with Atlas.
Atlas Air Worldwide granted Amazon warrants to acquire up to an additional 10% of AAWW’s common shares at the same exercise price, over a period of seven years, with vesting tied to payments made by Amazon in connection with that business.
The remaining shares will be available as aircraft are put into operation. Amazon will receive a non-voting place on the board. Amazon could later be convert this position to a director on the board.
The deal will have a small negative affect on earnings per share this year as it recruits new pilots and maintenance deals. It will become accretive from 2017.
It has been a busy start to the year for the aircraft owner and operator: the deal follows shortly after Atlas announced it would purchase rival Southern Air.
Speaking during an investor conference call to announce its first quarter results, Amazon once again said the purpose of its air operations were to cater for demand that existing providers, such as UPS and FedEx, couldn’t cover, rather than replace them.
Amazon senior vice president and chief financial officer Brian Olsavsky said: “The reason we add logistics capability and transport capability is to allow us to service our customers faster with faster delivery speeds and we’ve needed to add more of our own capacity to supplement our carriers and partners.
“They are still great partners, have been and will continue to be for the future, but we see opportunities where we need to add additional capacity and we’re filling those voids.”
Director of investor relations Phil Hardin added: “This is [for] activities we’ve been doing already and need to grow at a rapid rate. This gives us extra capacity and we think it’s good to be able to deliver to customers and we think it makes sense over the long term.”

With 2020 already underway, the Air Cargo News team decided that now is an ideal moment to share our most…