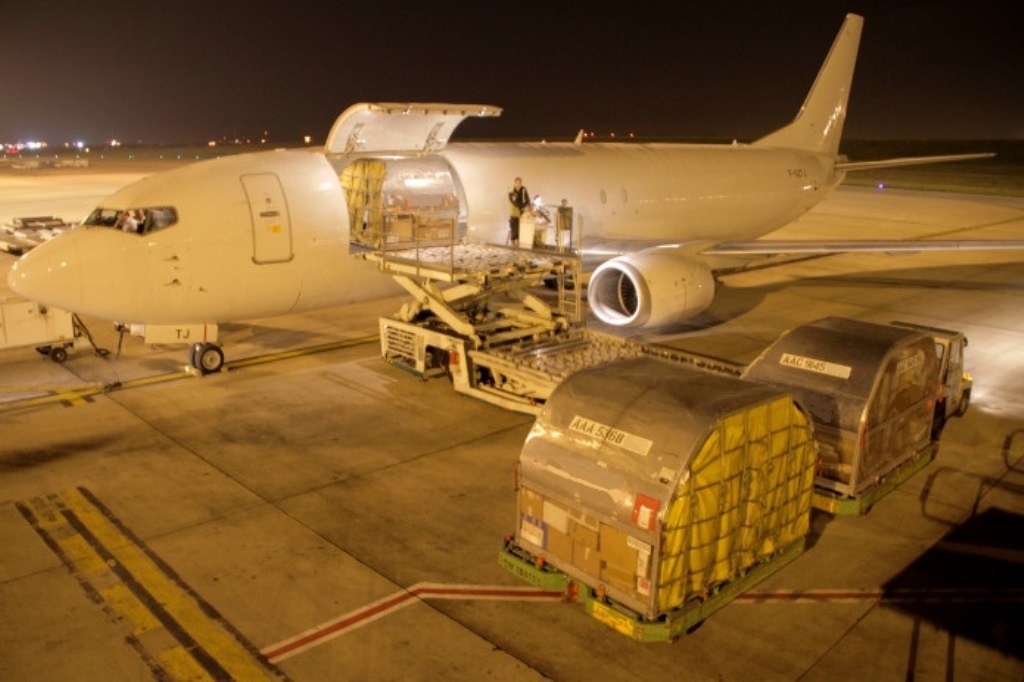 The European air cargo network set up by Amazon has now been running for more than a year.
Late last year, news broke that in mid-November the online retail giant had launched a temporary air cargo network to deal with the Christmas peak season using an aircraft chartered from ASL Airlines France through DB Schenker.
However, the air cargo operation is still flying, with calls in Doncaster Sheffield Airport in the UK, Kassel in Germany and Wroclaw in Poland.
According to its website, Amazon has one 40,000 sq m fulfilment centre in Doncaster, with another due to open next year, and two 95,000 sq m sites in Wroclaw.
While it doesn’t have a centre in Kassel, it has two centres in Bad Hersfeld, one measuring 110,000 sq m and the other 42,000 sq m, located 50km from the airport.
The scheduled service, which appears to be flying five-days a week at the moment, continues being operated by an ASL Airlines France Boeing 737-400 freighter.
It is understood the operation is running on a rolling basis, which seems to tie in with the fact that no official announcement on the European network has been made by any of the parties involved.
When Amazon signed long-term contracts with aircraft lessors Atlas and ATSG to launch a network in the US, which will eventually utilise 40 B767 aircraft across the two companies, official announcements were made by both aviation companies.
The US operation was also initially launched on a temporary basis to cover a peak season surge in demand.
ASL declined to comment on the service when approached by Air Cargo News.
Amazon released the following statement but would provide no further details: “Within our European fulfilment network, we use various carriers with a range of transport methods for distributing and delivering items. This includes air.”
While Amazon’s network in Europe seems to be running smoothly, it has been encountering some issues in the US.
Pilots at ATSG’s ABX subsidiary went on a one-day strike on November 22 in a dispute over a shortage of pilots. The industrial action resulted in 75 aircraft being grounded.
A judge eventually issued a temporary restraining order to bring the strike to a close, but the pilot unions said the order expired on December 7.
Commerce website recode reported that as a result of the strike, Amazon has “rebalanced capacity” across its carrier partners and will leave the adjustments in place until it is certain there will be no further disruption.
Meanwhile, pilots at Atlas yesterday held a protest march at Amazon’s headquarters in Seattle to protest about understaffing and contract delays.