AN-124 repair certificate for AMTES 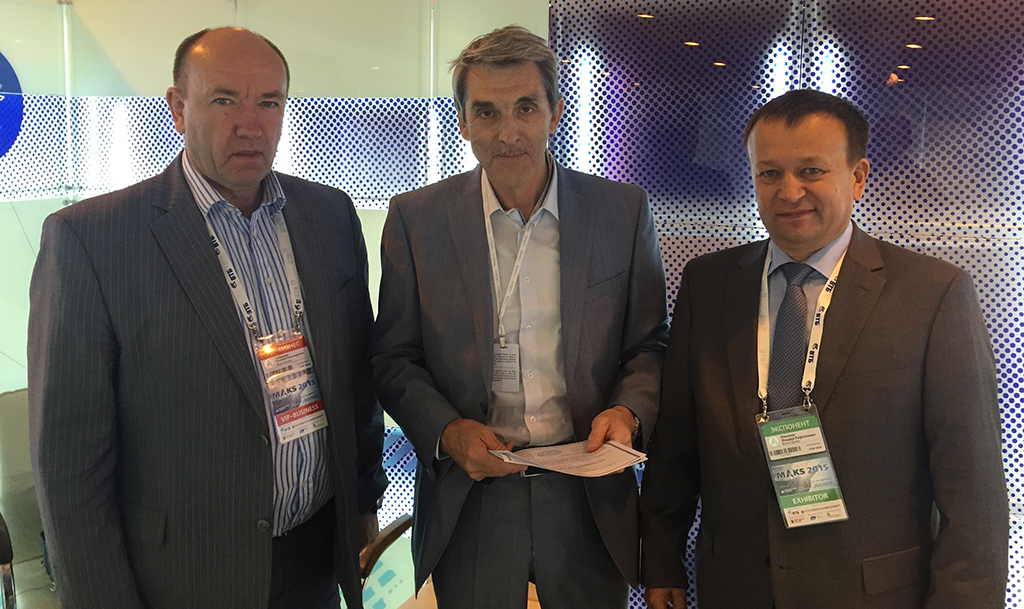 AMTES, part of the Volga-Dnepr Technics subgroup, has been issued with a Part 145 (AR-145) certificate by the Interstate Aviation Committee (IAC), extending its maintenance and repair capabilities for the An-124 freighter aircraft.
IAC Aviation Rules, Part 145 (AR-145) establish the requirements for MRO organisations and certification procedures.
The document issued to AMTES GmbH allows the company to complete service bulletins on An-124 aircraft and means AMTES now holds all of the necessary certificates for An-124 maintenance at its hangar facility at Leipzig/Halle Airport.
The certificate was presented to Ildar Ilyasov, managing director of AMTES by Sergey Instrumentov, manager of IAC’s Certification Service during a meeting held at the MAKS 2015 Air Show in Moscow.
Ildar Ilyasov stated: “We decided to obtain the MRO Organisation Certificate to extend our Russian-built aircraft maintenance and repair capabilities. This is a solid step forward for Volga-Dnepr Group within the project of An-124 modernisation.
“In the near future we are planning to extend the certificate on other types of work in accordance with AR-145. The An-124 aircraft, including those operated by Volga-Dnepr Airlines, has proven to be one of the best Russian-built cargo airplanes. We plan to extend our maintenance capabilities in the European market in relation to both Russian and western-built aircraft.”
AMTES GmbH provides MRO services for Russian and western-built aircraft. The company holds Part-145 and FAR-145 certificates. Its main 8,500 sq m hangar is located at Leipzig/Halle Airport, Germany, and is supported by a line maintenance station at Frankfurt airport.
Pictured L-R: Valery Gabriel, vice president, charter cargo operations development, Volga-Dnepr Group;
Sergey Instrumentov, manager, certification service, interstate aviation committee;
Ildar Ilyasov, managing director, Aircraft Maintenance and Engineering Service GmbH.