An-22 comes in from the cold for helicopter flight 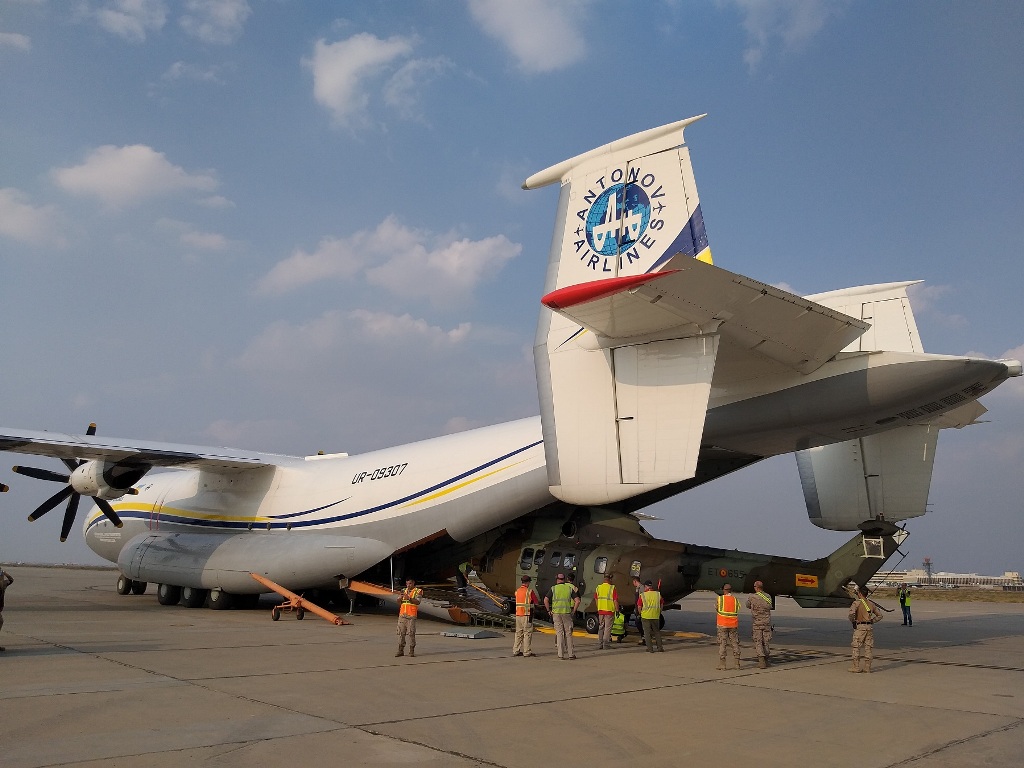 Antonov Airlines’ An-22 has returned to commercial service after being taken out of action for just over a year to carry out routine maintenance.

The turboprop freighter completed two flights carrying helicopters and spares between Madrid and Baghdad on behalf of DSV Spain – the logistics operator of the Spanish Ministry of Defence (MoD).

Owing to the height of the Antei’s cargo compartment measuring 4.4 m, the transportation did not require the dismantling of the helicopters’ rotors.

“In such a way, the cargo was prepared in a shorter time, allowing the delivered helicopters to enter service faster,” the company said in a statement.

Coordination and supervision of all flights were undertaken by Cargoplanet Spain, the representative of Antonov Airlines for these kind of logistics operations in Spain.

“We are pleased to announce that the An-22 is back in the commercial market of outsized air transportations after scheduled maintenance.

“A few decades ago, the appearance of the AN-22 Antei opened the era of the widebody transport aircraft.

“This aircraft is still the largest turboprop air freighter in the world and its services are still in demand in the global airlift market.”

The AN-22 Antei can be operated from and to both paved, and unpaved runways.