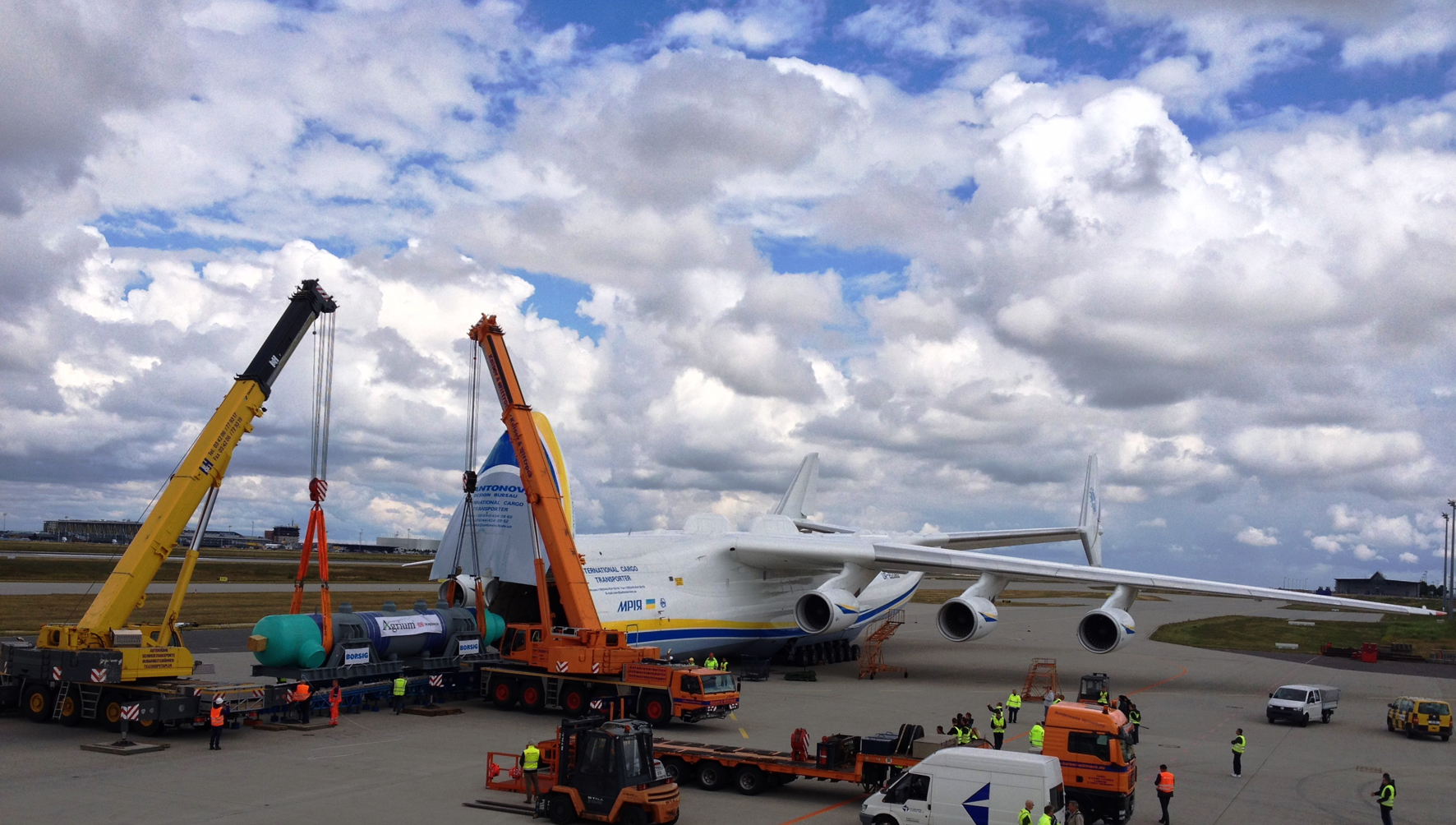 THE musclebound An-225 – the world’s largest aircraft – has again demonstrated its vital role in air transportation with the carriage of this 139-tonne heat exchanger from Germany to Canada.
The shipment, including a specially-constructed load cradle and associated handling equipment, weighs a total of 147 tonnes.
The mammoth load was flown from Leipzig to Edmonton via Keflavik (Iceland) and Goose Bay, a total distance of 8,400 km.
The charterer was Karpeles Flight Services, charter arm of DB Schenker, and the flight was arranged, managed and operated by Antonov Airlines.
Commercial executive Andriy Blagovisniy notes that when a really large load such as this needs urgent transportation, the unique AN-225 Mirya really comes into its own.
“It’s an attractive alternative to long and time-consuming ocean voyages and long, highly complex road haulage operations,” he points out.
Share this story