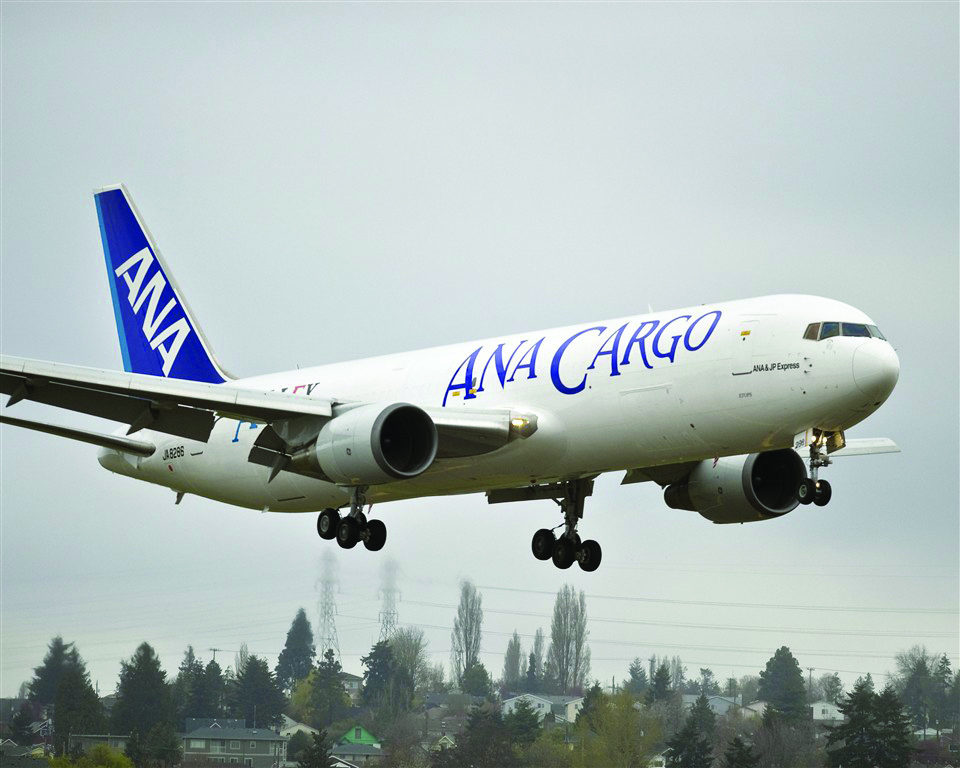 Japanese carrier All Nippon Airways (ANA) saw domestic cargo dip in the 2017/18 financial year, ended in March, as international revenues soared.
ANA, which has 12 Boeing 767 freighters alongside its passenger aircraft fleet, recorded a 26.5% in international airfreight to ¥118bn, while domestic revenues were down 0.5% to ¥30.7bn. International freighter-only operations saw revenues rise 5.8% to ¥28.8bn.
Only last month, ANA announced that it is acquiring two Boeing 777 freighters in response to the "expanding market in Asia, China, and North America".
Earlier in March, ANA and Nippon Cargo Airlines (NCA) signed a Memorandum of Understanding (MOU) to build a strategic business partnership.
ANA already has a growing network of strategic partnerships in place, including with Lufthansa Cargo, United Cargo, SIA Cargo and Cargolux.
In its 2017/18 financial year statement, ANA said: "In domestic cargo service, although ANA has been capturing steady demand for cargo connecting to international routes, ANA worked to increase revenues by serving non-scheduled cargo flights on the Okinawa-Haneda route during the period of high demand for flowers from Okinawa.
"Overall, we saw slow demand as a whole throughout the fiscal year, and the decrease in volume of home delivery parcel services led to a weaker year-on-year performance in both cargo volume and revenues."
It continued: "In international cargo service, automotive parts and electronics bound for North America and Europe showed steady growth.
"Point of sale overseas, both volume and revenue from Japan increased year-on-year due to cargo from China and other parts of Asia bound for Japan performing well and capturing cargo from China to North America."
In its outlook to March 2019, the airline stated: "As for cargo service, ANA will work to capture new demand by enhancing basic quality and utilizing belly space of its extensive passenger flight route network."
Read more freighter operator news

MASKargo has carried out its first cargo charter flight this year transporting approximately 20 tonnes of Covid-19 test kits. The…

A321 freighter conversions to begin in China

The first A321 freighter conversion in China will soon be underway on behalf of launch customer Vallair. The work is…