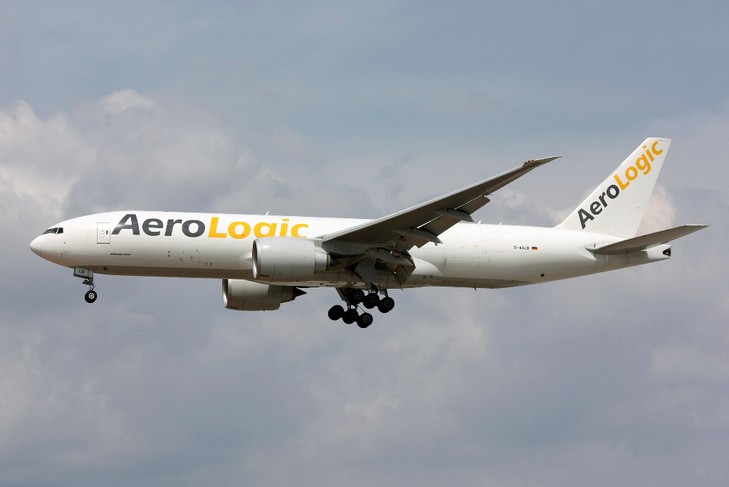 AeroLogic will take delivery of another Boeing 777 freighter at the end of the year, bringing its fleet to 12 all-cargo aircraft.
The Lufthansa Cargo and DHL Express subsidiary purchased the B777F at the end of 2018 and it will be delivered in the autumn to be based in Leipzig.
It is the second B777F that Aerologic will take delivery of this year – at the end of this month it will receive its eleventh aircraft (previously announced), with the first commercial flight due to take place in February.
Meanwhile, Lufthansa Cargo will use the two B777Fs it is taking delivery of this year as additional capacity, the airline’s chief executive Peter Gerber told sister title DVZ.
“We are delighted to be in a position to put four brand-new freighters into operation this year. This will effectively modernise our own fleet at our Frankfurt Airport base and further boost our efficiency and reliability.
"At the same time, we are focusing as a shareholder on growing AeroLogic, our 50/50 joint venture with DHL Express at Leipzig Airport,” said Gerber.
“We are contributing to the success of both of our partners through our flexibility. We are pleased that AeroLogic, offering one of the most modern and efficient freighter fleets in the world, is continuing to grow at Leipzig Airport,” added Wolfgang Raebiger, managing director finance of AeroLogic.
Lufthansa is due to take delivery of the first of its two B777Fs on February 19, although it has not yet been decided when its first commercial flight will take place.
Lufthansa’s other B777F is scheduled for delivery in the second half of March.
“Based on the additional B777F capacities, we will convert [our services to] Mexico and South America to B777F only,” the airline said.
Gerber told DVZ that the two new aircraft will eventually act as replacements for its older MD-11s, although at this stage there is no timeline for the removal of the three-engine freighter aircraft from its fleet.
“We know that in the end we only want to have B777, and the MD-11 is out, but we will continue to fly it as long as business opportunities are there,” Gerber said.
The new AeroLogic aircraft will be given the registrations D-AALK and D-AALL. Lufthansa Cargo will market all of the capacity of these two freighters.
DHL Express added two freighters of the same type to the joint venture in 2017 and has since been marketing their capacity exclusively.
The cargo capacity of the other eight aircraft is mainly used by Lufthansa Cargo at the weekend and DHL Express at other times.
The German cargo carriers are not the only European airlines to be expanding their cargo capacity this year.
Last week, Cargolux revealed to Air Cargo News that its additional B747s would act as additional, rather than replacement, capacity.
Last year saw demand for the fuel efficient B777F skyrocket as airlines sought to meet rising demand for international air cargo capacity.
Just at the Farnborough Airshow in the UK in July, for example, Qatar Airways finalised its order for five B777Fs (a deal valued at $1.7bn at current list prices that had previously been announced as a commitment in April) and DHL placed an order for 14 B777Fs, with purchase rights for seven additional freighters in a deal valued at $4.7bn based on current list prices.
Even more notably, the show also saw CargoLogicHolding sign letters of intent to acquire 29 B777Fs (as well as order five B747-8Fs).
Plus, there has been plenty of talk of B777F conversions becoming ever more likely in the foreseeable future.
The aircraft has a full payload of 103 tons and is able to stay in the air for ten and a half hours. It covers a distance of more than 9,000 km non-stop.