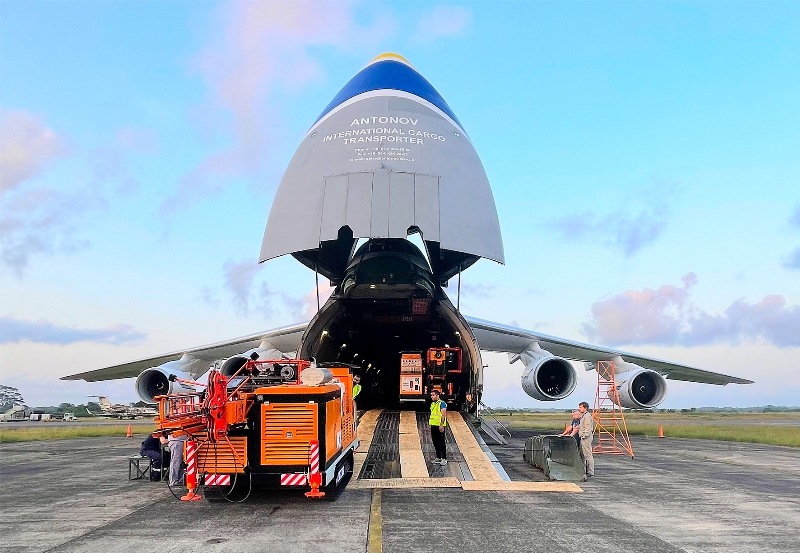 “These two flights from Turkey to Africa were meticulously planned and both flights were completed with maximum payloads on each route,” said Eugene Kiva, commercial executive at Antonov Airlines.

The flights were chartered by  Skyair Chartering and Antonov said they needed to be completed in a short time frame.

The airline made a single technical stop in Algiers, Algeria for the 103 tonne Burkina Faso-bound cargo and two stops in Casablanca, Morocco and Diass-Thies, Senegal for the journey to Liberia to refuel and provide crew rests.

Antonov Airlines added that it has seen an increase in charters for mining projects since the beginning of the year and just last month completed three flights of equipment weighing 370 tonnes to Latin America from Australia.