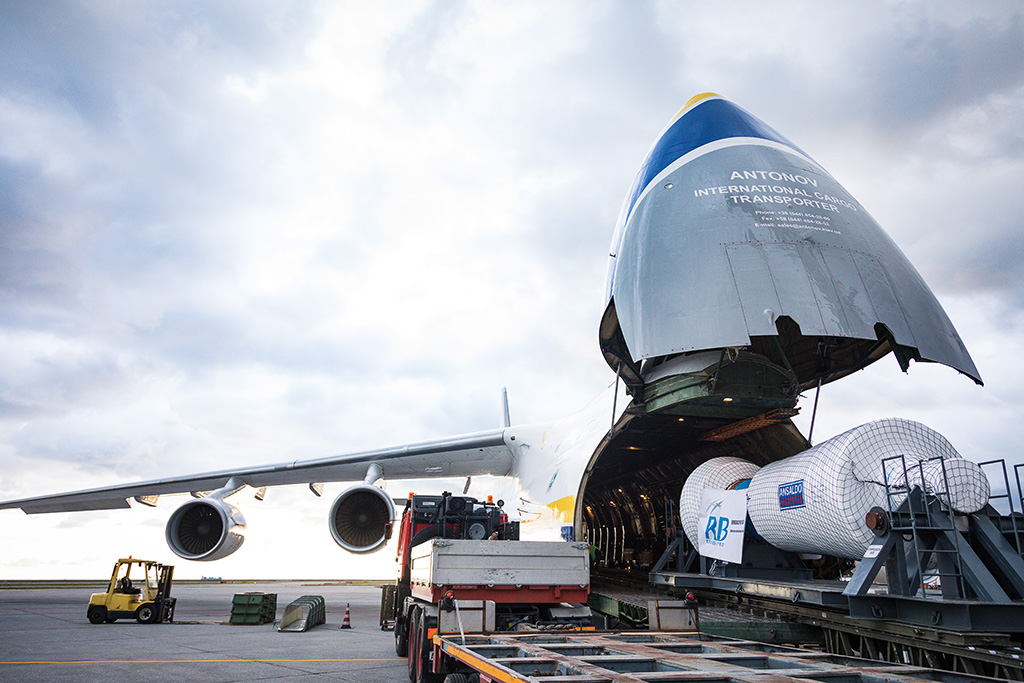 Antonov Airlines has transported a power plant rotor from Genoa in Italy to Karachi, Pakistan, on one of its seven An-124-100 freighter aircraft.
The rotor and associated equipment carried weighed in at a total of 108 tonnes.
“Careful planning was necessary to guarantee the safe loading and unloading of the rotor,” commented Martin Griffiths, the freighter operator’s commercial manager.
He also pointed to what he described as the “seamless collaboration” between Antonov Airlines, Italian freight forwarder Compagnia Merci Aeree Srl (CMA, and the shipper.
“Energy was among our stronger sectors in 2017, accounting for 11% of our total output,” Griffiths informed.
“We saw a record 139% increase in tonnes-km of energy cargo carried, which also included four flights from Slovenia to Mexico providing more than 60 megawatts of power, and 41 flights from the USA to Puerto Rico, with over 80% of cargo carried being energy related.”
Antonov Airlines, a division of Ukraine-based Antonov Company, has upgraded two of its AN-124-100 aircraft, allowing them to operate at their designed maximum payload of 150 tonnes.
In late April, Antonov Company confirmed that it stood ready to provide additional support to NATO’s Strategic Airlift International Solution (SALIS) programme with “the necessary number of AN-124-100 aircraft”.
The offer from Antonov came after Russia’s Volga-Dnepr Group served notice that it will quit the SALIS contract at the end of 2018.
Two Antonov 124-100 aircraft, one each from Moscow-based Volga-Dnepr and Antonov SALIS, a subsidiary of the Antonov Group, have been permanently stationed at Germany’s Leipzig/Halle airport since March 2006 as part of the SALIS Project.
More aircraft are also made available at short notice, when required, to provide airlift for NATO.
Read more freighter operator news