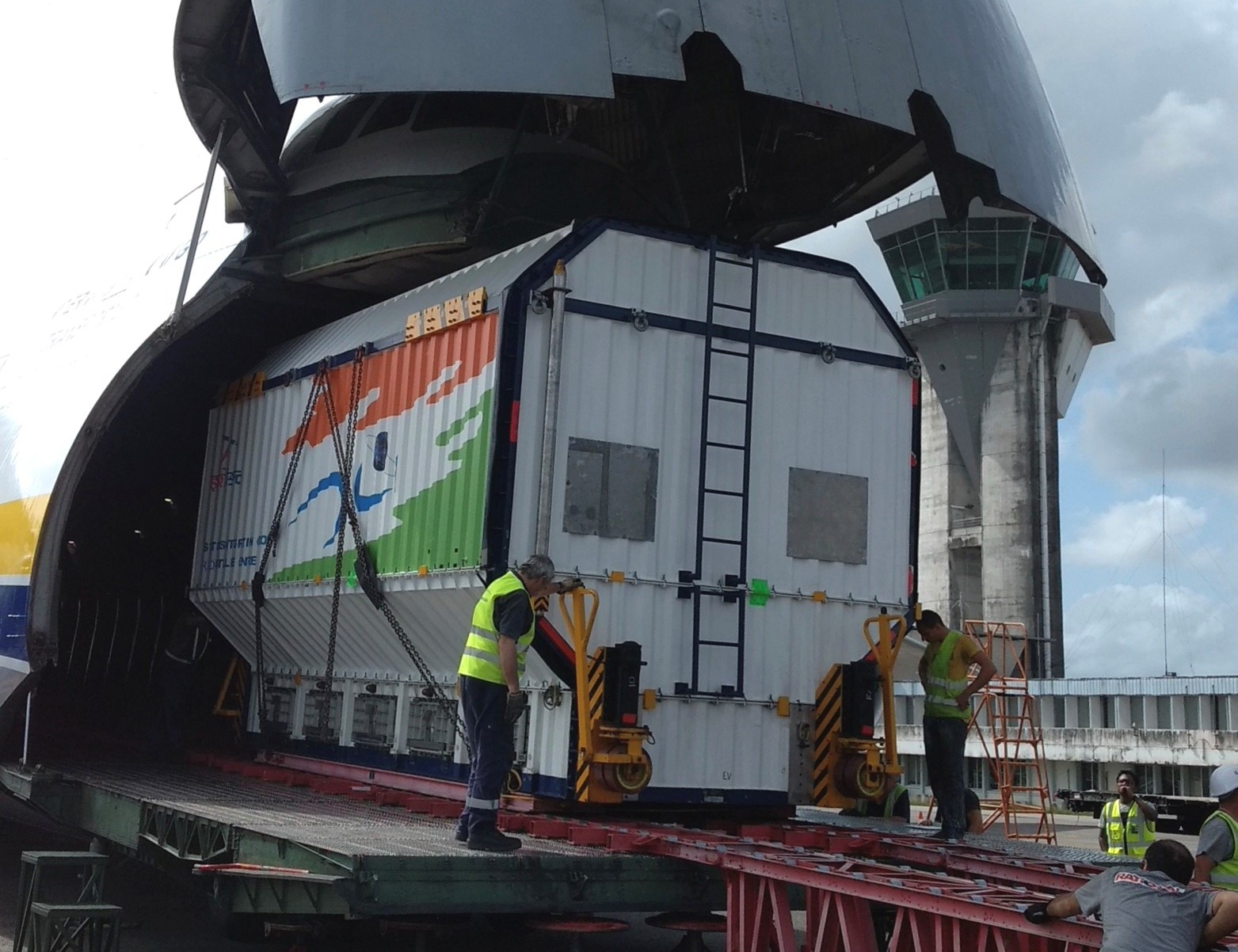 The move was carried out on behalf of the Indian Space Research Organisation (ISRO) and Flywell Aviation.

According to Antonov Airlines, it coordinated closely with Flywell Aviation to meet all of ISRO’s requirements.

The shipment weighed a total of 18 tonnes, including the satellite and its specialised container, which measured 7.8 m by 4.5 m by 4 m.

“We worked with the customer to ensure that this sensitive equipment was loaded and transported safely,” informed Michael Goodisman, business development director at Antonov Airlines.

“The Antonov crew maintained acceptable temperatures and pressures while the aircraft was airborne, as well as during refuelling stops,” he explained.

“Together with Flywell Aviation, our engineers used data-loggers to record g-forces, pressures and temperatures so that ISRO could inspect the data post-flight and give a green light to launch the GSAT-31 satellite.”

One of Antonov Airlines’ An-124-100 freighters flew the satellite, completing the second in a series of three flights that Flywell Aviation has contracted the carrier to operate on behalf of ISRO.

“Antonov Airlines worked closely with us to ensure all necessary precautions were in place for the movement of this sensitive satellite cargo, and we are very satisfied with the service level provided,” said Anil Bal, managing director of Flywell Aviation.

The GSAT-31 was launched earlier this month from the Guiana Space Centre, French Guiana on an Ariane 5 ECA launch vehicle.

The first satellite in the series, the GSAT-11, was transported by Antonov Airlines on the same route in October last year, and the final satellite is set to be delivered later this year.

Antonov Airlines also recently flew another satellite from Moffett Federal Airfield in California to Cayenne for a twinned launch with the GSAT-31.