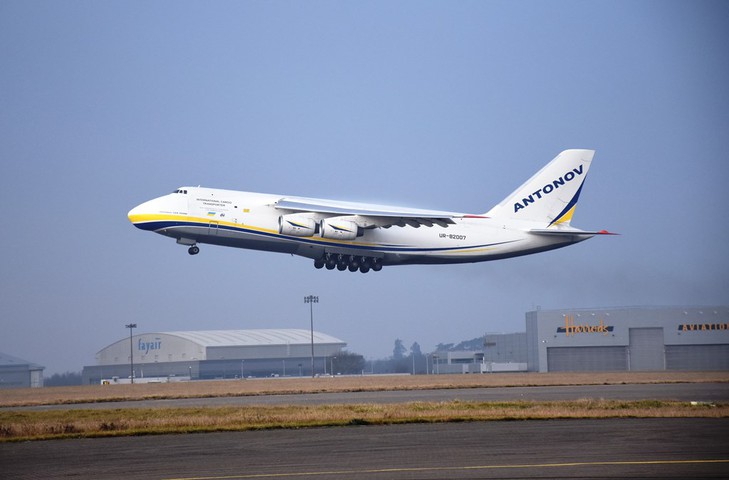 Antonov Airlines registered an 81% revenue increase in 2017 compared to the previous year, while over the first five months of this year there was a further 42% increase.
The company said that the aerospace sector had helped fuel the growth, as well as its partnership with sales agent Dreamlifts and the establishment of its UK headquarters at Stansted Airport.
The company added that under the Open Skies Agreement between Ukraine and the US, Antonov is the only AN-124 operator to be granted a blanket exemption for unlimited flights to and from the US.
"The agreement allows Antonov Airlines to carry any type of cargo to or from the US with only a few hours’ notice without the need to obtain US Department of Transport (DoT) statements of authorisation," it said.

Looking ahead, the operator is working with western suppliers for its fleet modernisation programme, which will ensure its aircraft are fit to fly well into the future.
As part of this programme, ANTONOV Airlines has increased the payload of two of its AN-124 airframes from 120 to 150 tonnes and will expand this across the remaining five airframes in due course.
In total, the airline operates a fleet of seven AN-124-100 “Ruslan” aircraft with up to 150 tonnes payload, its 60-tonne payload AN-22, the world’s largest turboprop-powered aircraft, and its 250-tonne payload AN-225 “Mriya”, the largest aircraft in the world, as well as smaller AN-74 and AN-26 aircraft.
In a recent interview with Air Cargo News, Antonov Airlines said it is hoping to see its US business soar following the opening of its US office, while the return of oil and gas demand is complementing an already busy market.
Read more freighter operator news
Sign up to receive Air Cargo News direct to your inbox for free