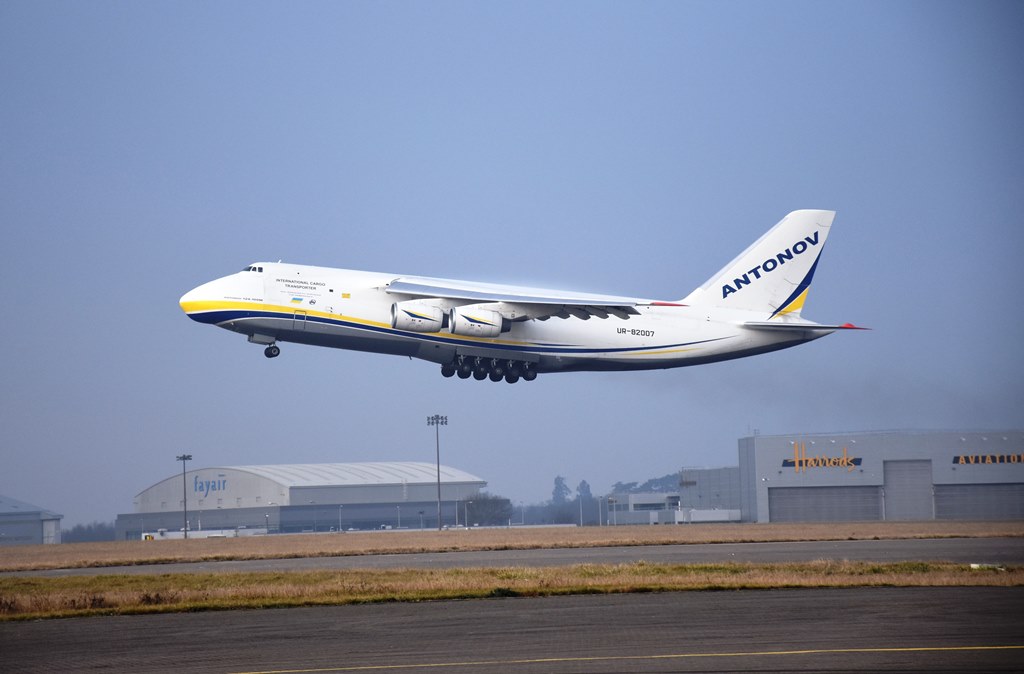 Antonov Airlines is hoping to see its US business soar following the opening of its US office, while the return of oil and gas demand is complementing an already busy market.
Speaking at the Air Cargo China event, Antonov Airlines business development director Michael Goodisman said that the company officially opened its US office in Houston after the recent appointment of Jessie Baiza as regional sales manager North America.
Baiza joins director of sales, North America, Amnon Ehrlich at the Houston set up and Goodisman is confident the US will prove to be a strong market for the company.
He explained that while it had always offered services to customers in the US, it was hard to win business without a proper presence in the country.
He added that being Ukranian, Antonov benefits from being the only An-124 operator with an open-skies agreement with the US meaning it does not need to go through the no-objection process each time it wants to carry out a flight.
“The US office has made a huge difference,” said Goodisman. “This was really a vital piece of the puzzle.
“In a place as big as the US people want to talk to somebody locally, preferably somebody that has experience and a background in the country.
“The people we have taken on have done an excellent job so far. Amnon has been the main driver so far and Jessie has just joined.
“[The US office] has made a huge difference and we can see the results, people are happy that we are there locally and people are engaging with us.”
Prior to the start up of the US office, customers were directed through the team in the UK.
Elsewhere, the airline is continuing to see demand grow after a busy fourth quarter of last year.
Goodisman said that the oil and gas sector has made a welcome return to growth, although demand is still below previous levels.
“Normally there is a delay between when the oil price picks up and when [air cargo demand] kicks in but in percentage terms the numbers are already picking up again,” he said.
“There is still some way to go to reach where it was historically, but the figures are there now, it is moving up the rankings and it is again becoming significant to what we are doing.”
Overall, Goodisman said the company has a good balance of different sectors, with intermodal, industrial and aerospace all continuing to improve.
While the company does not directly benefit from the rapid growth in general cargo felt over the last year and a half, although it did carry out a couple of general cargo flights in the peak, it does have a knock-on effect as when B747 and B777 operators run out of space, other types of cargo are pushed to Antonov operators.
Antonov Airlines is also benefitting from upgrades carried out to the aircraft. The work involves   western components gradually being installed across all Antonov aircraft; life extension work (now complete) on all seven An-124s and its An-225 that has added another 25 years to their lifespan; and two of its An-124s have been upgraded to 150 tonnes from the previous 120 tonne limit.
The other five An-124s will also go through this process, but this is likely to take five years as upgrades need to carried out around existing operations.
Meanwhile, the overall Antonov Company, has also offered to provide additional support to NATOs’ Strategic Airlift International Solution (SALIS) programme with "the necessary number of An-124-100 aircraft".
The offer from Ukrainian-owned Antonov comes after Russia’s Volga-Dnepr Group served notice that it is to quit the SALIS contract at the end of 2018.
Two Antonov 124-100 aircraft, one each from Moscow-based Volga-Dnepr and Antonov SALIS, a subsidiary of the  Antonov Group, have been permanently stationed at Germany’s Leipzig/Halle airport since March 2006 as part of the SALIS Project.
More aircraft are also made available at short notice, when required, to provide airlift for the western military alliance.
Oleg Orlov, vice president at Antonov Co, said it had been developing a plan to be able to provide the necessary capacity without affecting current operations. It hoped soon to hold talks with the programme, Orlov added.