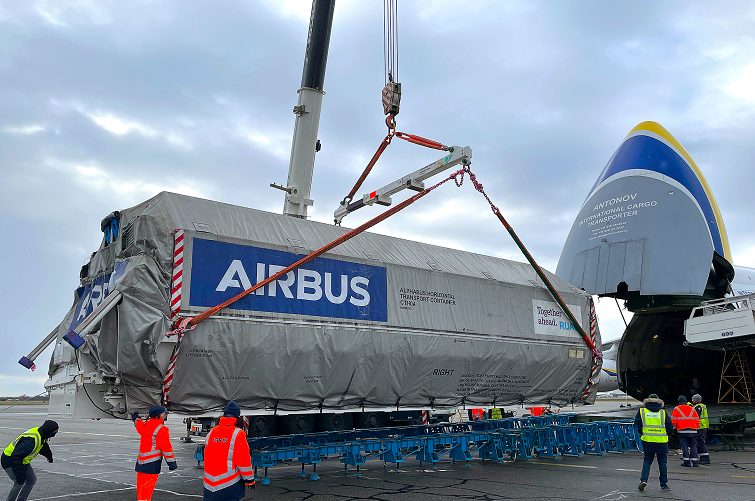 Antonov Airlines and Bollore Logistics teamed up to transport Turkey’s new telecommunication satellite, Turksat 5B, on-board one of the carrier’s AN-124-100 aircraft.

The flight operated from Toulouse, France, to Florida, US, and the satellite was later launched by the US aerospace company SpaceX.

Sergii Bilozerov, commercial executive, Antonov Airlines, said: “An external crane in conjunction with the onboard crane and winch of the AN-124-100 was used to load and unload the container, as well as special loading equipment designed and manufactured by Antonov’s in-house engineers.”

The satellite was launched on December 18 and will serve Turkey and neighbouring countries for 35 years.