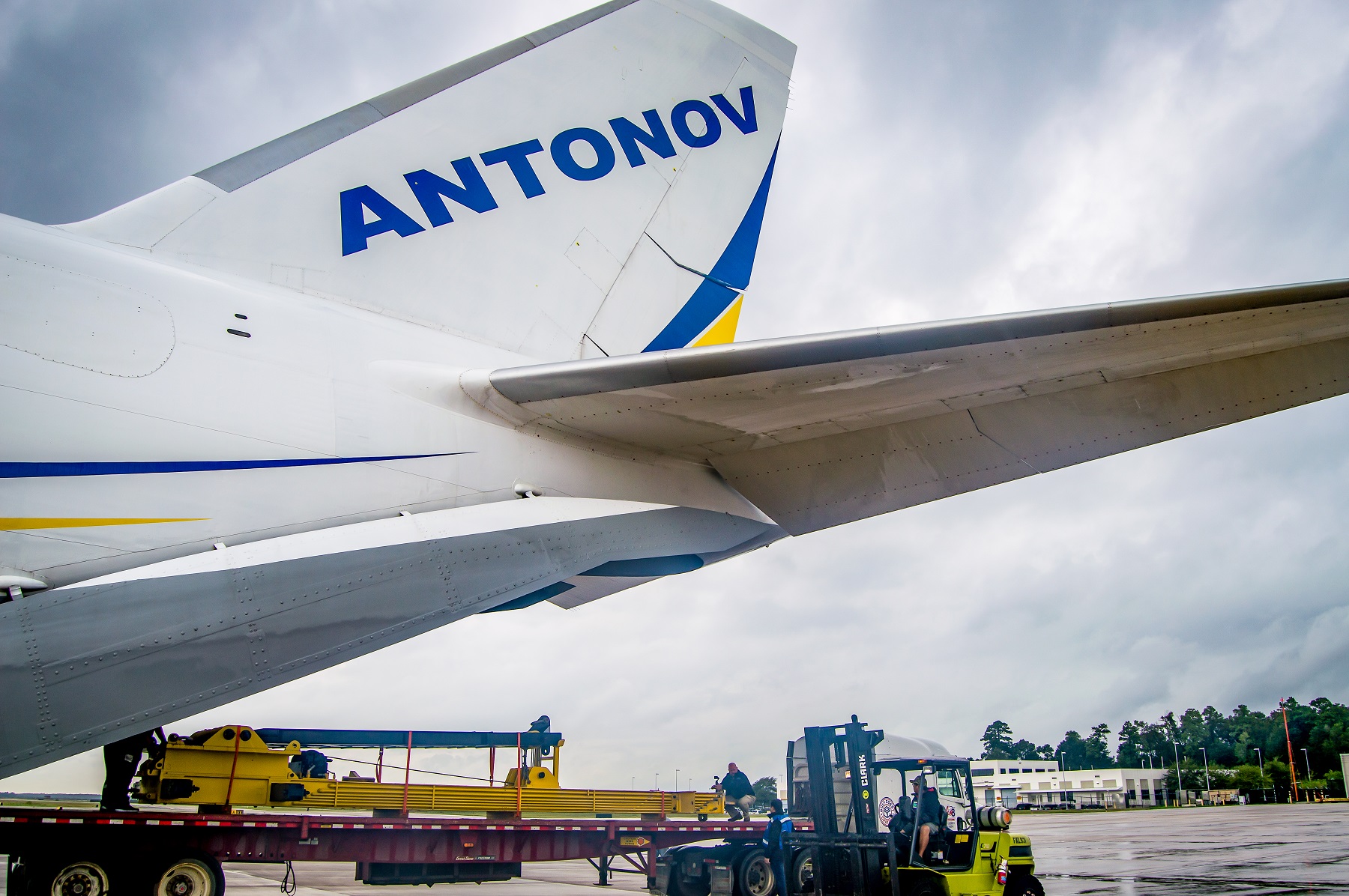 An Antonov Airlines An-124-100 freighter has flown a mobile crane and fire extinguishing equipment weighing 70 tonnes from the US to Argentina.

Dillon Lato, inside sales supervisor – Houston for Crane Worldwide, said: “We had an An-124 agreement signed, aircraft on the ground, loaded, and ready for wheels up to the destination in 48 hours.”

Antonov Airlines and Crane Worldwide have collaborated on previous projects, including flying 223 pallets of chemical drums on the An-225 ‘Mriya’ from Singapore and Malaysia to Saudi Arabia.

“Communication between Antonov and Crane Worldwide has always been very effective, which helped us avoid the pitfalls that can lie in the details of setting up this kind of project,” said Jessie Baiza, regional sales manager North America, Antonov Airlines.

“The Antonov crew are experienced in handling shipments exactly like this one and we used the aircraft’s on-board crane to facilitate loading, and unloading at NQN, where Crane Worldwide staff were ready to collect the equipment.