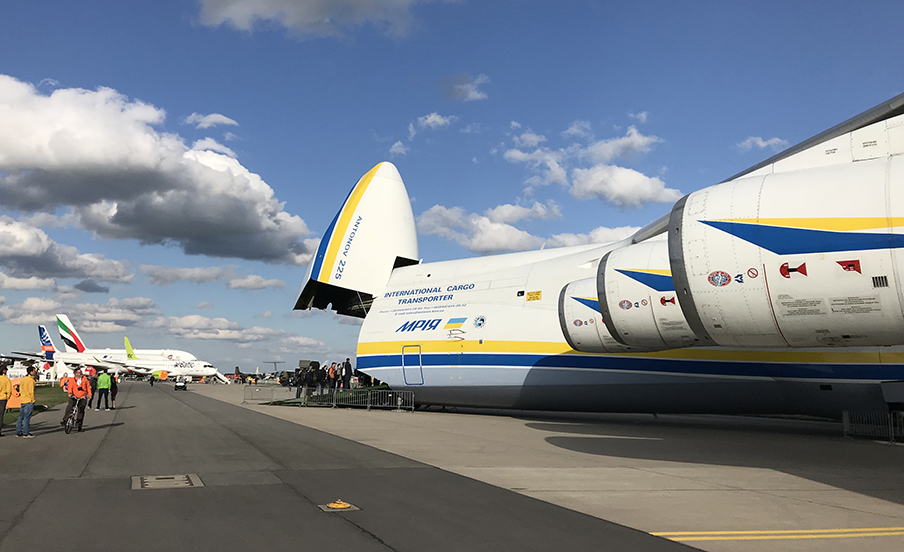 Antonov Company is ready to provide additional support to NATOs’ Strategic Airlift International Solution (SALIS) programme with "the necessary number of An-124-100 aircraft".
The offer from Ukrainian-owned Antonov comes after Russia’s Volga-Dnepr Group served notice that it is to quit the SALIS contract at the end of 2018.
Two Antonov 124-100 aircraft, one each from Moscow-based Volga-Dnepr and Antonov SALIS, a subsidiary of the  Antonov Group, have been permanently stationed at Germany’s Leipzig/Halle airport since March 2006 as part of the SALIS Project.
More aircraft are also made available at short notice, when required, to provide airlift for the western military alliance.
Antonov’s offer — more details are not yet available — coincided with the touchdown of the world’s largest aircraft, the An-225 ‘Mriya’, in Berlin.
The recently refurbished An-225, which is operated by Antonov Company’s commercial freighter arm, Antonov Airlines, is taking part in the Berlin Innovation and Leadership in Aerospace (ILA) Air Show.
The giant freighter, with its 250-tonne payload capacity, is part of a fleet of heavylift aircraft operated by Antonov Airlines, including seven AN-124-100s, two of which have an increased payload capacity of 150 tonnes.
The fleet is undergoing a modernisation programme, ensuring it can continue to safely fly outsized and emergency cargo globally, with a rapid turnaround time.
Read more freighter operator news