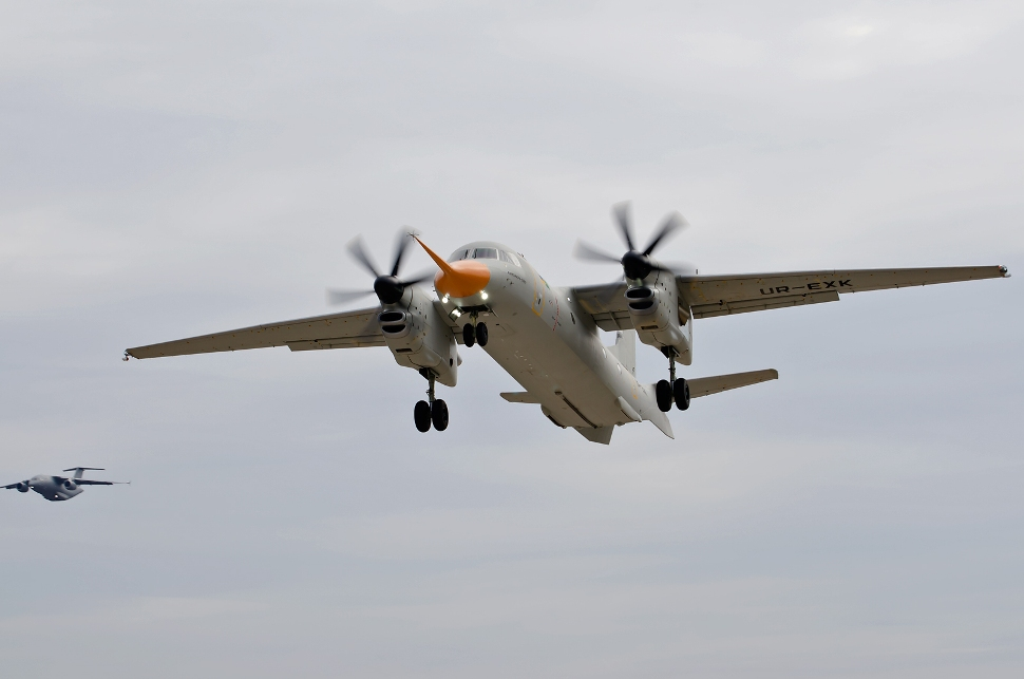 Antonov has completed the first flight of its new An-132D aircraft, which will target the cargo industry as well as other sectors.
The Ukraine-based aircraft manufacturer said that on March 31 the An-132D flew for one hour and 30 minutes after taking off from the company’s airfield in Kiev.
The aircraft, which is an improved version of the An-32,  was met by Piotr Poroshenko, the President of Ukraine.
The eight tonne capacity multipurpose turboprop aircraft is intended for operation on short and medium−haul routes and will perform various tasks including the transportation of raw materials, mail and other cargo, including bulk cargo, ULDs and light self−propelled and non−self−propelled vehicles.
The aircraft will also be deployed for emergencies, including civilian and casualty evacuation from disaster areas and airdropping paratroop rescue teams.
The aircraft is being jointly developed by Ukraine and Saudi Arabia.