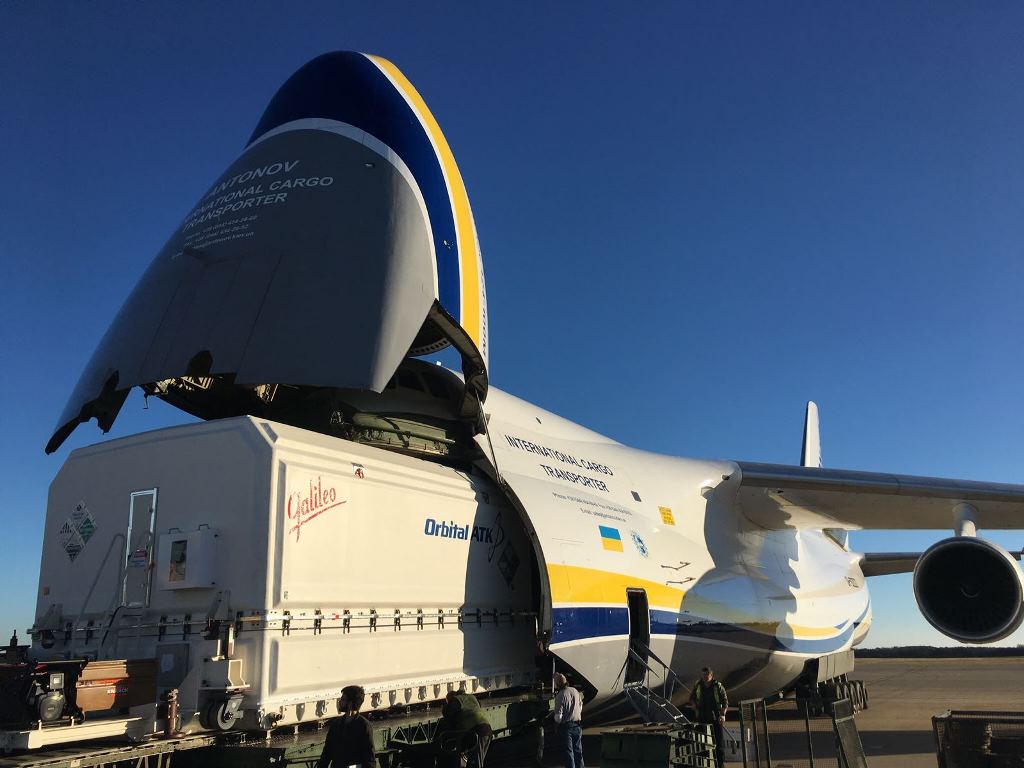 Antonov Airlines’ new US base in Houston has transported an outsized communications satellite for Orbital ATK.
The Al Yah 3 Satellite was transported in a container that measured 11.4 m long, 4.6 m wide, and 4.1 m high, and weighed 23 tonnes.
The cargo travelled from Washington Dulles International Airport to Cayenne, French Guiana on board one of Antonov’s seven AN-124-100 aircraft.
Antonov Airlines director sales – North America Amnon Ehrlich said: “Due to the size and weight of the cargo, we used a low-profile ramp system – specifically designed and manufactured by Antonov Company for the satellite and space transportation sector, to safely and efficiently load and offload the satellite.
“The aircraft returned to Washington Dulles International Airport with Orbital ATK’s newly developed Galileo spacecraft container in order to accommodate another satellite transport requirement for Orbital ATK.”
The Ukrainian heavy lift operator established a UK office in late 2016 following the break up of its partnership with the Volga-Dnepr Group that sold space on their combined fleet of An-124 aircraft.
The aircraft owner has also appointed general sales agents in Japan, Australia, and India.
Read more freighter operator news

DHL signs up to ATSG freighter for Asia flights