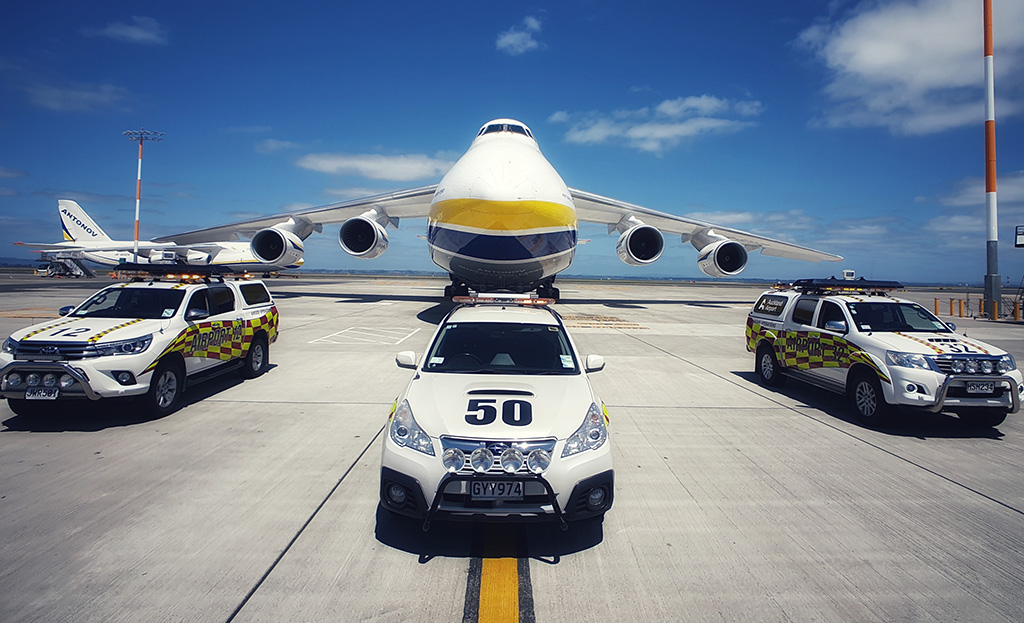 Antonov Airlines transported stage and concert equipment for US singer-songwriter Taylor Swift, from Brisbane, Australia to Auckland, New Zealand, and then on to Narita airport in Tokyo, Japan.
The Ukrainian heavy lift carrier used two Antonov AN-124-100  freighters to ferry the singer’s light-show system and equipment earlier for the final leg of her global tour, ‘Reputation Stadium Tour’.
In total, the two Antonov AN-124-100 aircraft, which have a payload capacity of up to 120 tonnes, flew nine flights, with six taking off from Brisbane airport and three leaving Auckland Airport for Tokyo.
David Bernstein chief executive of Rock-it Cargo, the worldwide freight forwarder for the 2018 Taylor Swift Tour, said: “After evaluating all of the aircraft and air carriers capable of fulfilling the operational requirements of our client’s schedule, which required the uplift of 576 tonnes within 36 hours from Brisbane to Auckland, it became clear that the Antonov Airlines-operated AN-124 aircraft was the ideal aircraft for the mission.”
“The roll-on, roll-off capability of the AN-124 combined with the impeccable planning and coordination provided by Graham Witton and the entire Antonov Airlines team, resulted in an early delivery of all the gear to the Auckland concert venue.”
Graham Witton, managing director of Antonov Airlines in UK, said: “Antonov AN-124-100 was the obvious choice because the equipment that was being transported needed the full floor space that the aircraft can provide.
“We met the challenge of an intense back-to-back concert schedule, and we sent out two crews to Australia to ensure that both aircraft could operate three rotations without any break for 24 hours.”
Antonov Airlines successfully turned around the same shipment in June this year when Taylor Swift performed at Wembley in the UK as part of the same tour.