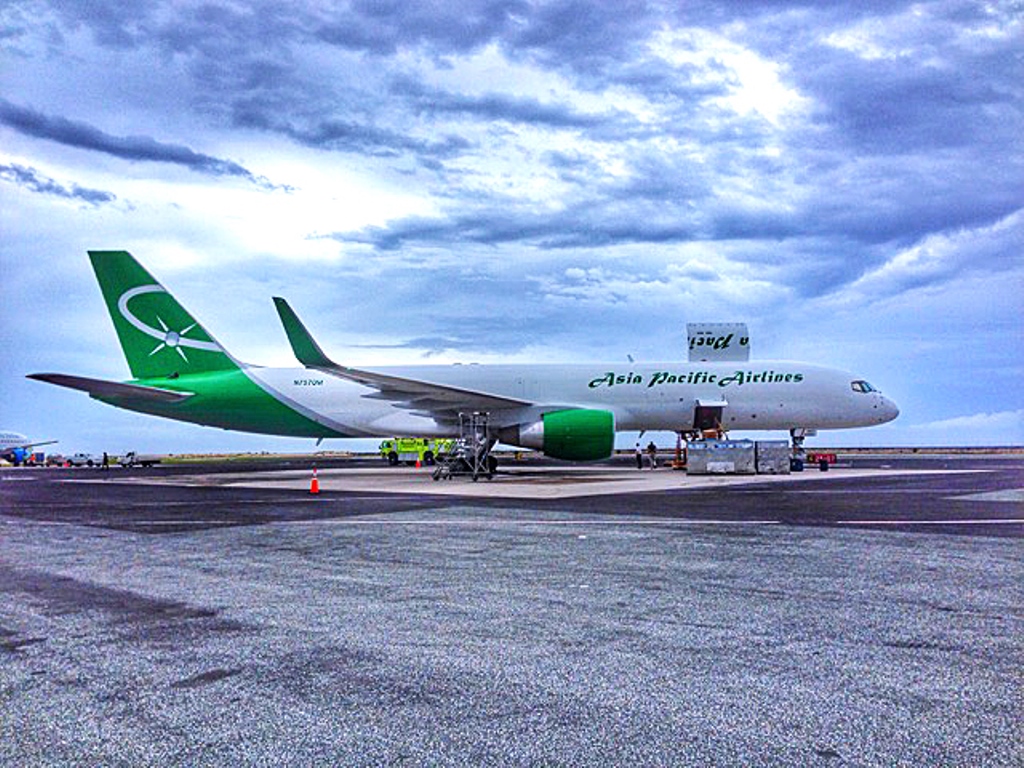 Asia Pacific Airlines has expanded its fleet with a new Boeing 757-200 conversion aircraft.
The passenger-to-freighter (P2F) conversion was carried out by Precision Aircraft Solutions at its HAECO Americas Greensboro facility.
Along with the cargo conversion, the aircraft received new winglets and flat-panel flight deck displays. It is the second B757-200 P2F conversion Precision has carried out for the carrier.
The Danville headquartered airline, a subsidiary of Tan Holdings, is an all-cargo carrier headquartered in and serves the entire Pacific areas, providing scheduled and ad hoc charter services from its bases in Guam and Honolulu.
“The flexibility of the Precision conversion is exceptionally suited to Asia Pacific’s routes, which range in duration from one to eight hours,” said Precision president Gary Warner.
The airline now has a fleet of five aircraft, according to the Freighters World fleet directory – three B727-200s and two 757-200s.