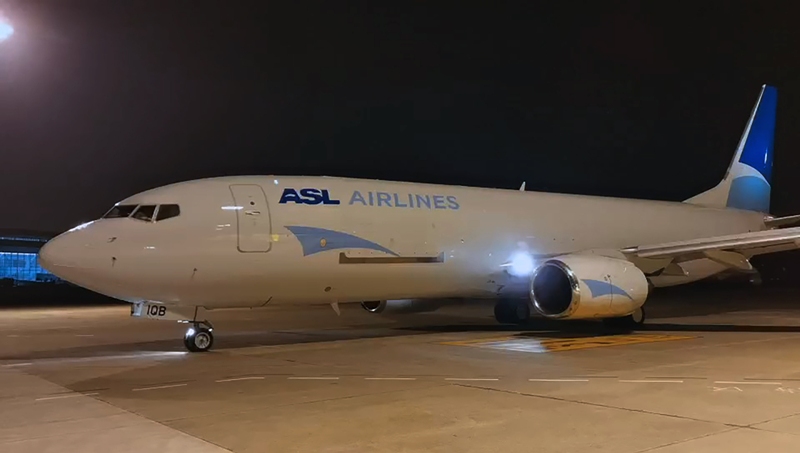 ASL Airlines has taken delivery of its first Boeing 737-800 Boeing converted freighter as part of an order of ten of the aircraft.

The B737 (F-HIQB) has entered service for ASL Airlines France, which also operates two passenger B737-800s.

The aircraft is the first of 10 Boeing converted freighters announced by Boeing and ASL Aviation Holdings at the last Paris Air Show.

It was converted by STAECO, the Shandong Taikoo Aircraft Engineering Company in Jinan, China, in a process that also included the overhaul of the engines and an avionics upgrade.

Previously operated by Turkish airline Pegasus as a passenger aircraft, the aircraft arrived in Jinan, China on July 15 for conversion and standardisation.

Conversion work has already started in Jinan on aircraft two and three in the programme, and aircraft four has arrived at the Shandong facility. In addition to the 10 firm orders, ASL also holds another 10 options for Boeing Converted Freighters.

The aviation group does already operate the B737-800BCF within its Ireland and Belgium subsidiaries, although these are leased rather than directly owned.