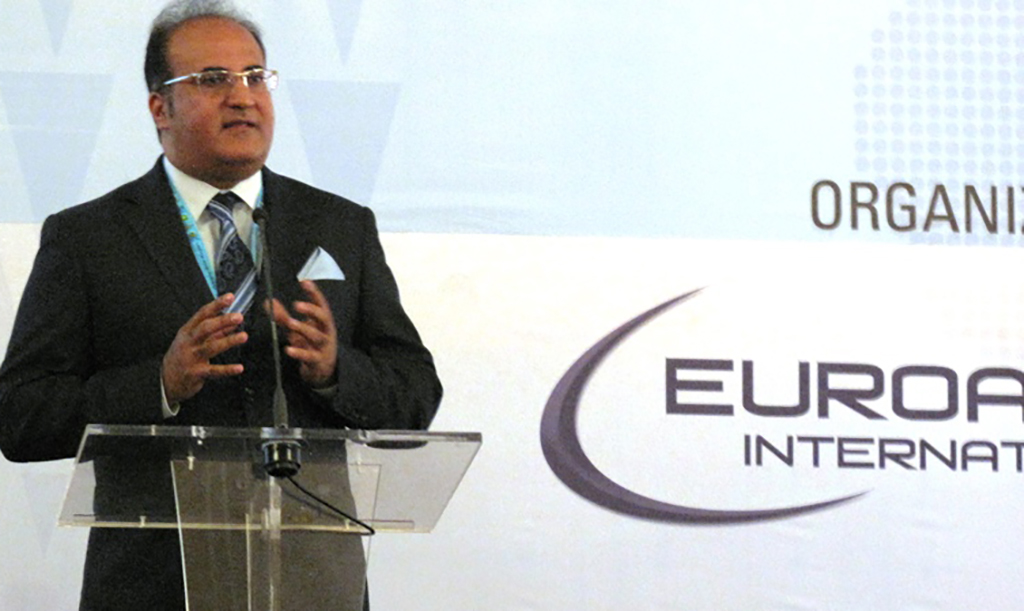 African cargo carriers Ethiopian Cargo and Astral Aviation have outlined their ambitious expansion plans as they look to capitalise on the growing marketplace.
Speaking at the Africa Air Cargo Summit in Addis Ababa, Astral Aviation chief executive Sanjeev Gadhia said the company hoped to add new Boeing 747 freighters and B737-400F to its fleet in the near future. There were also plans to add a new hub in West Africa and drones.
Gadhia said the company hoped to lease two B747s for international operations and to lease six B737s for intra-African use.
Astral currently operates one B747 on wet lease from Atlas Air while it does not operate any B737s.
On the sidelines of the conference, Gadhia told Air Cargo News that there was no timeline for the B747 orders because of the current dip in the air cargo market.
He said that being a private cargo airline meant it could be more flexible than legacy carriers and respond to opportunities as and when they come up.
The company also has plans to add new West and South African hubs to complement its current centre in Nairobi.
The South Africa hub would be in Johannesburg while the West Africa operation would be in either Accra or Lagos.
“We don’t believe you can have a single hub for Africa. The continent is too big and the distances are too big,” he said. “You need to have a multi-hub strategy for Africa.”
There are also plans to increase its network in East Africa from eight to 14 routes, become a full IATA member next year and invest in cargo infrastructure.
There are also plans to become the first airline in Africa to operate cargo drones in order to provide access to remote parts of Africa.
Gadhia said that the intra-Africa market was currently growing by 10%-15% per annum based on its own experience and that there was limited cargo capacity because African airlines tended to use narrowbody aircraft.
Meanwhile, Ethiopian Airlines chief executive officer Tewolde Gebremariam outlined how the carrier’s 2025 strategy applies to the cargo division.
He said that by 2025 the carrier plans to have a fleet of 18 freighters. It currently has eight freighters: two B757s and six B777s, the last of which were delivered towards the end of last year.
The airline also plans to increase cargo revenues, which make up around 15% of the airline’s total, to $2bn by 2025 from $425m today, make an annual profit of $200m and increase annual tonnage to 820,000 tons from 350,000 tons today.
Gebremariam added that phase one of its new Addis Ababa hub was now around 50% complete. The new facility would offer a total capacity of 1.2m tons per year, to be developed over two phases of 600,000 tons each.
The $115m facility, which will be the largest in Africa, would also boast an apron capacity of up to eight aircraft, a receiving area of 14,000 sq m and a skid storage area of 18,000 sq m.