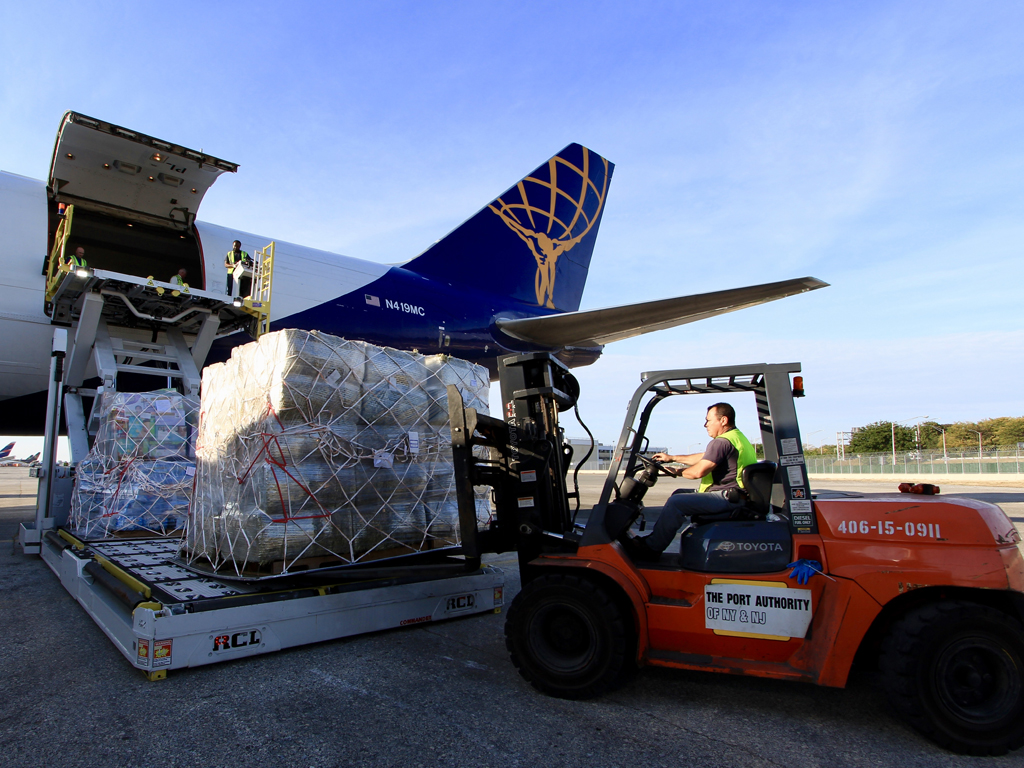 Atlas Air has donated a Boeing 747 freighter flight to get 110 tons of urgently needed supplies to San Juan in Puerto Rico, following an unprecedented response to an appeal from New York airline JetBlue.
The carrier said that the response to its 100x35JetBlue commitment to launch 35 initiatives over 100 days in the wake of Hurricane Maria from organisations including Food Bank For New York City, American Red Cross and the Afya Foundation had surpassed the capacities of its own commercial Airbus A320 fleet.
JetBlue director corporate social responsibility, Icema Gibbs, said:  “We’ve been sending relief supplies to Puerto Rico since the first day flights were allowed onto the island following Hurricane Maria… Atlas Air, a fellow New York airline, sharing our commitment to assist the people of Puerto Rico, immediately stepped up to support, offering the use of one of their 747 cargo aircraft. We thank them for their incredible assistance and care for these communities.”
Atlas president and chief executive, Bill Flynn, added: “By joining with JetBlue and donating our aircraft and crew, the supplies that have been gathered and donated by Governor Cuomo and the generous people and organisations in New York will be delivered to Puerto Rico in the quickest and most efficient way possible.”
Goods loaded onto the B747F included equipment from the Port Authority of New York and New Jersey to help rebuild San Juan’s Luis Munoz Marin Airport, along with food and medical supplies.