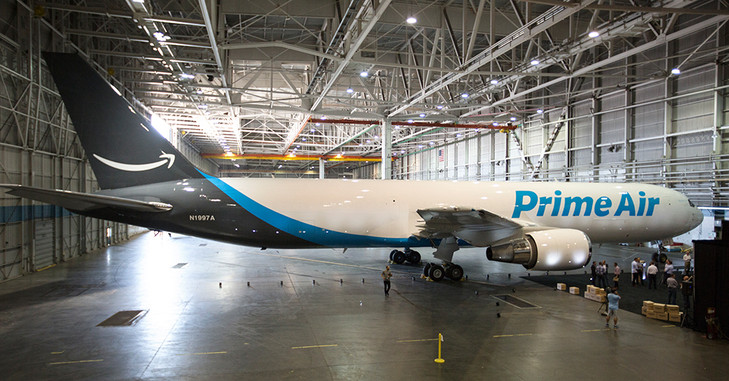 The first commercial flight of the Amazon and Atlas Air deal took place on Wednesday (August 10), with "Amazon One" departing from Seattle-Tacoma International Airport and landing in Wilmington Air Park Airport.
The first of 20 B767-300 converted freighters, which features Amazon’s Prime Air livery, had the tail number N1997A, a prime number recognising the year Amazon became public.
The 20 Atlas aircraft, which come in addition to the 20 B767 freighters being provided by ATSG, will support the e-commerce firm’s expansion and enhance its delivery capabilities.
“We are excited to begin serving Amazon and its customers,” said Bill Flynn, president and chief executive of Atlas.
“Our first flight represents a significant milestone for our company, and it marks the start of a strategic, long-term relationship.”
Under long-term commercial agreements previously announced, Atlas Air Worldwide’s Titan Aviation leasing unit will dry lease the 20 B767-300s to Amazon.
Its airline subsidiary, Atlas Air will also operate the aircraft on a crew, maintenance and insurance (CMI) basis.
The dry leases will have a term of 10 years, while the CMI operations will be for seven years, with extension provisions for a total of 10 years.
Operations under the agreements are expected to ramp up to full service through 2018.