Atlas hails historic 2016 and looks forward to the year ahead 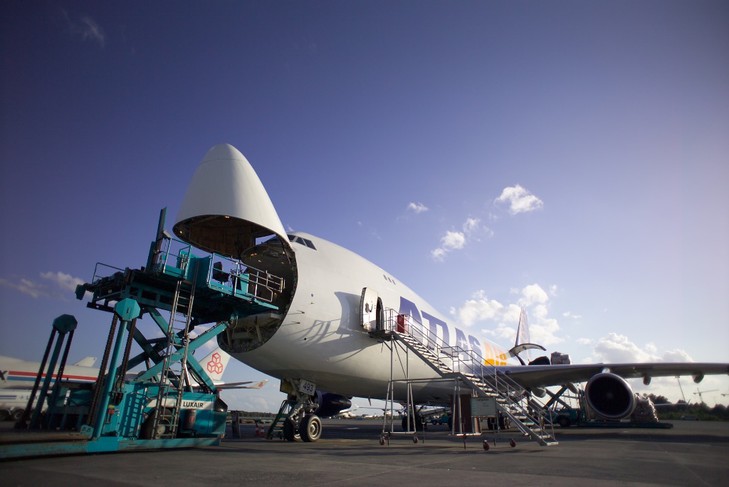 Atlas Air Worldwide Holdings has hailed 2016 as a historic year which saw the company’s fourth quarter income return to the black, and it is looking forward to further improvements this year.
The company recorded a fourth quarter income from continuing operations before taxes of $28.7m, compared with a loss of $37.6m in prior year period.
The company said that the primary reason for the prior year loss was a $102.8m charge in line with the alleged US air cargo cartel.
For the full-year, income from continuing operations reached $42.6m, compared with $7.3m in 2015.
During the year the company acquired Southern Air and also began an air cargo operation for Amazon, which will eventually fly with a fleet of 20 Boeing 767 aircraft. It will add a second aircraft into service for Amazon this month.
The company also benefitted from a solid end to the year.
Record ACMI segment revenues and contribution in the fourth quarter of 2016 were primarily driven by the acquisition of Southern Air and lower heavy maintenance expense, partially offset by the temporary redeployment of B747-8F aircraft to its charter segment, the company said.
Higher charter segment contribution during the fourth quarter reflected an increase in commercial cargo demand, including the beneficial impact of additional B747-8F flying, and a decrease in heavy maintenance expense.
“2016 was a historic year for Atlas, and we finished it on a strong note,” said William Flynn, president and chief executive.
“We acquired Southern Air, expanding the array of aircraft and services that we provide, especially to the fast-growing express market. We entered into strategic, long-term agreements with Amazon to serve its rapidly growing e-commerce business.
“And we generated strong sequential and year-over-year improvements in our block-hour volumes, revenue, profitability and margins in the fourth quarter.
“Our performance in the fourth quarter was driven by the additional seasonal flying we did for express operators, growing e-commerce demand, and a lower level of maintenance expense.
“It also reflected a solid peak season and a seasonal improvement in commercial airfreight yields.
“In ACMI, we benefited from Southern Air’s 777 and 737 express CMI services and better contributions and synergies than originally anticipated.”
Looking ahead, Flynn was positive about the market outlook.
“With our expanding business base and the ongoing development of our strategic platform, we are well-positioned to grow earnings this year,” he said.
“In addition to the demand we are seeing for our aircraft and services, including our recently announced agreements with Asiana Cargo, Nippon Cargo Airlines and FedEx, we expect to see initial accretion from our operations for Amazon and a full year of contribution from Southern Air in 2017.
“We expect those positives to be partially offset by an increase in maintenance expense and lower cost-based rates paid by the military.
“As a result, we expect to increase adjusted income from continuing operations, net of taxes, by a mid-single-digit to low-double-digit percentage in 2017.”