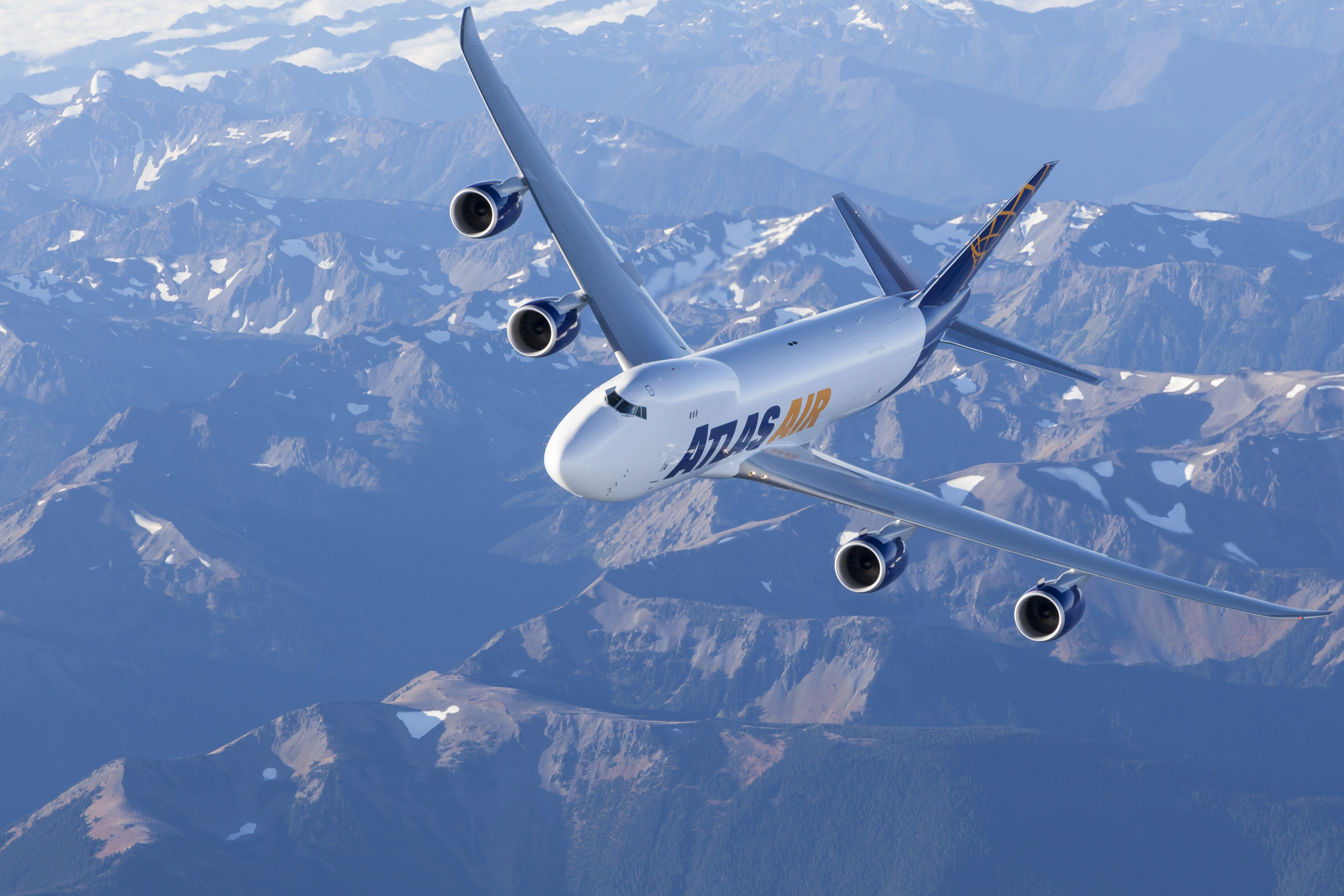 Atlas Air Worldwide Holdings is to acquire a new B747-8 freighter from Boeing and is to operate two additional B747-400Fs after reporting “good demand for airfreight”.
The US-based aircraft leasing company said that the new -8F is scheduled for delivery in November 2015. Prior to its expected placement in longer-term aircraft, crew, maintenance and insurance (ACMI) service, Atlas intends to deploy the new freighter in charter operations.
To meet additional charter demand, Atlas is also returning an “owned and unencumbered” B747-400 converted freighter to active service. The aircraft is resuming operations this month.
At the same time, Atlas has entered into a short-term operating lease expected to begin in late June for a second B747-400 converted freighter. This lease is intended to replace a similar aircraft, with a lease that expires this month, on terms that are “more favourable” to the company.
Atlas has also expanded its Titan Dry Leasing portfolio by acquiring two B767 aircraft. These will be leased to DHL Express following their conversion from passenger to freighter configuration in the fourth quarter of this year.
They complement a B757 freighter that was recently dry leased to DHL by Titan following the conclusion of a previous customer lease.
“We are seeing good demand for airfreight and for our aircraft and services,” said William Flynn, president and chief executive of Atlas Air Worldwide, continuing: “We are also working closely with our customers to provide them with the most efficient aircraft to meet their needs.”
He added: “As prudent asset managers, our approach to business growth remains disciplined. We have managed our fleet aggressively. And we will utilise proceeds from our recent convertible note issuance to refinance higher cost debt, which will enable us to reduce aircraft ownership costs and increase fleet flexibility.”
By year-end 2015, Atlas’ cargo operations are expected to include ten B747-8Fs and 23 B747-400 freighters. It also expects to have two B747-400s and three B767-300s providing passenger service to the US military and other charter customers.
In addition, the company expects to operate at least 18 customer-owned aircraft in its CMI (crew, maintenance and insurance) operations. These operations include four 747 Large Cargo Freighters for Boeing, two VIP-configured 747-400 passenger aircraft for SonAir, eleven 767 freighters for DHL Express, and one VIP-configured 767 passenger aircraft for MLW Air.
In dry leasing, the company anticipates its portfolio to include at least 11 aircraft, including six B777 freighters, two B767 freighters, one B757 freighter, one B737 freighter, and one B737 passenger aircraft.