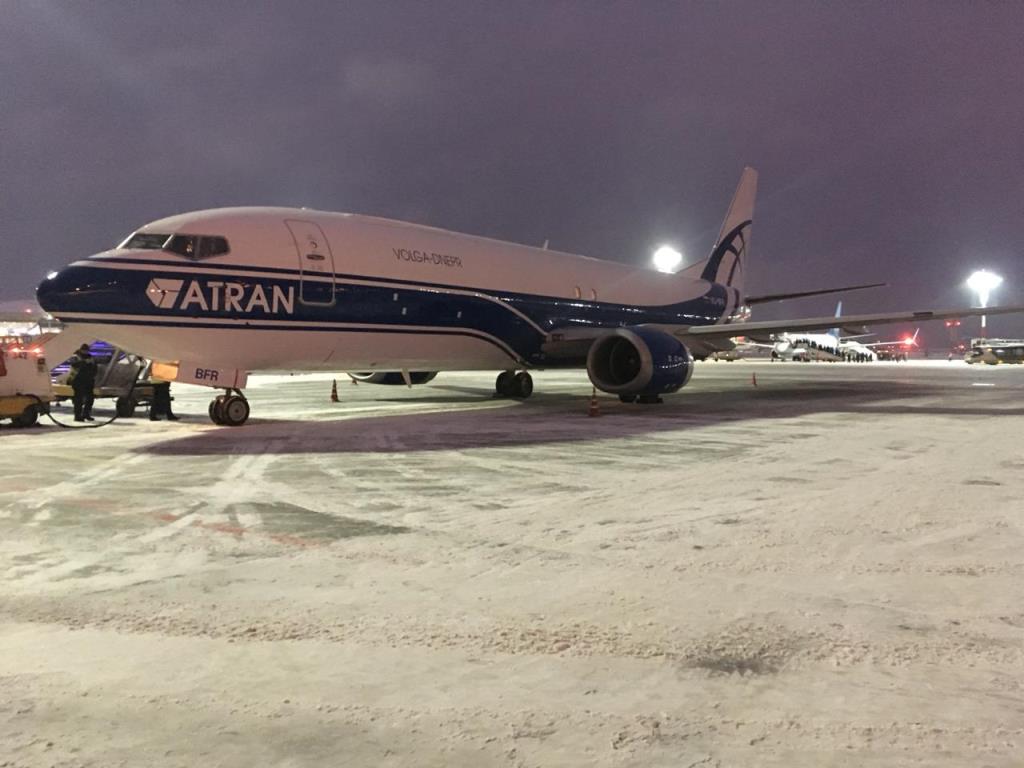 Atran Airlines has marked the start of the new year by taking delivery of a Boeing 737-400 BCF, enlarging its fleet to four freighters.
The additional aircraft will "support the carrier’s growing volumes, especially e-commerce shipments which now constitute a major part of Atran’s traffic".
The B737-400 BCF will be deployed on existing routes between Russia, the CIS and Europe and will guarantee dedicated airlift for mail and express goods.
Tracking website Flight Radar shows the aircraft has been flying between Moscow and Cologne over recent days.
Atran Airlines general director Dmitry Obsharov said: “The Boeing 737-400 BCF forms the backbone of our unified fleet and is ideal for mid- and short-haul distances thanks to its characteristics and technical capabilities.
"With an additional freighter in our fleet, we will be able to cater to the needs of our customers in the most effective manner, guaranteeing speed, schedule integrity, and much-needed capacity in the market."
The freighter can carry up to 23 tons of cargo within a flight range of 3,700km. The aircraft is equipped with a maindeck side cargo door and a loading system enabling it to stow 11 standard aviation pallets (2235×3175 mm) and containers in the cargo compartment.
Not including its four regular B737Fs, Atran also has access to another B737F that will eventually be transferred to sister airline CargoLogicGermany, which is in the process of obtaining an AOC from German aviation authorities.
Read more freighter operator news
Click here for a free digital subscription