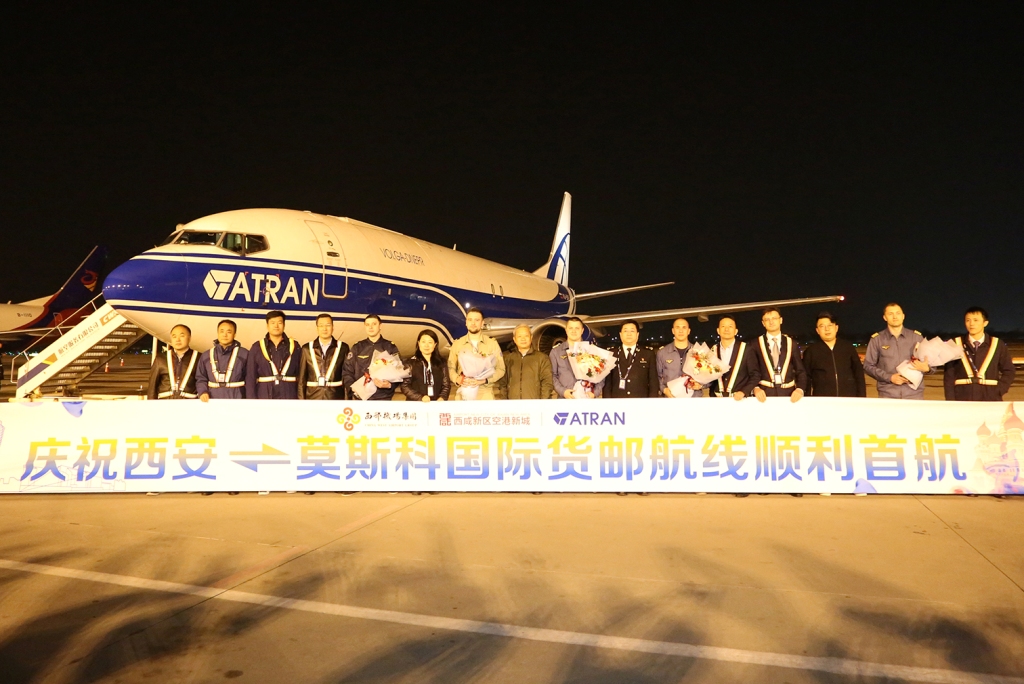 The first flight by the Volga-Dnepr Group subsidiary was operated by an Atran Boeing 737-400SF aircraft. In the future, the carrier hopes to add Boeing 737-800BCF aircraft to guarantee up to 23 tonnes of cargo capacity per flight.

The company’s debut freighter flight on the route was operated with “great support” and close cooperation of Russian Post, said an Atran spokesperson.

Dmitry Obsharov, general director of Atran Airlines, said: “Embracing new destinations and leveraging emerging markets for cross-border shipments are on the radar of our business development.

“With global e-commerce growing at 20% per year and forecast for a nearly 15% uptick in Russia over the next three-four years, the demand for high-quality air cargo services will be high. We are ready to guarantee this in close partnership with Russian Post and China Post.”

He added: “Being part of ‘Belt and Road’ initiative, this ancient capital of China will undergo developments which will facilitate its transformation into a multi-modal hub with emerging volumes going through the airport.”