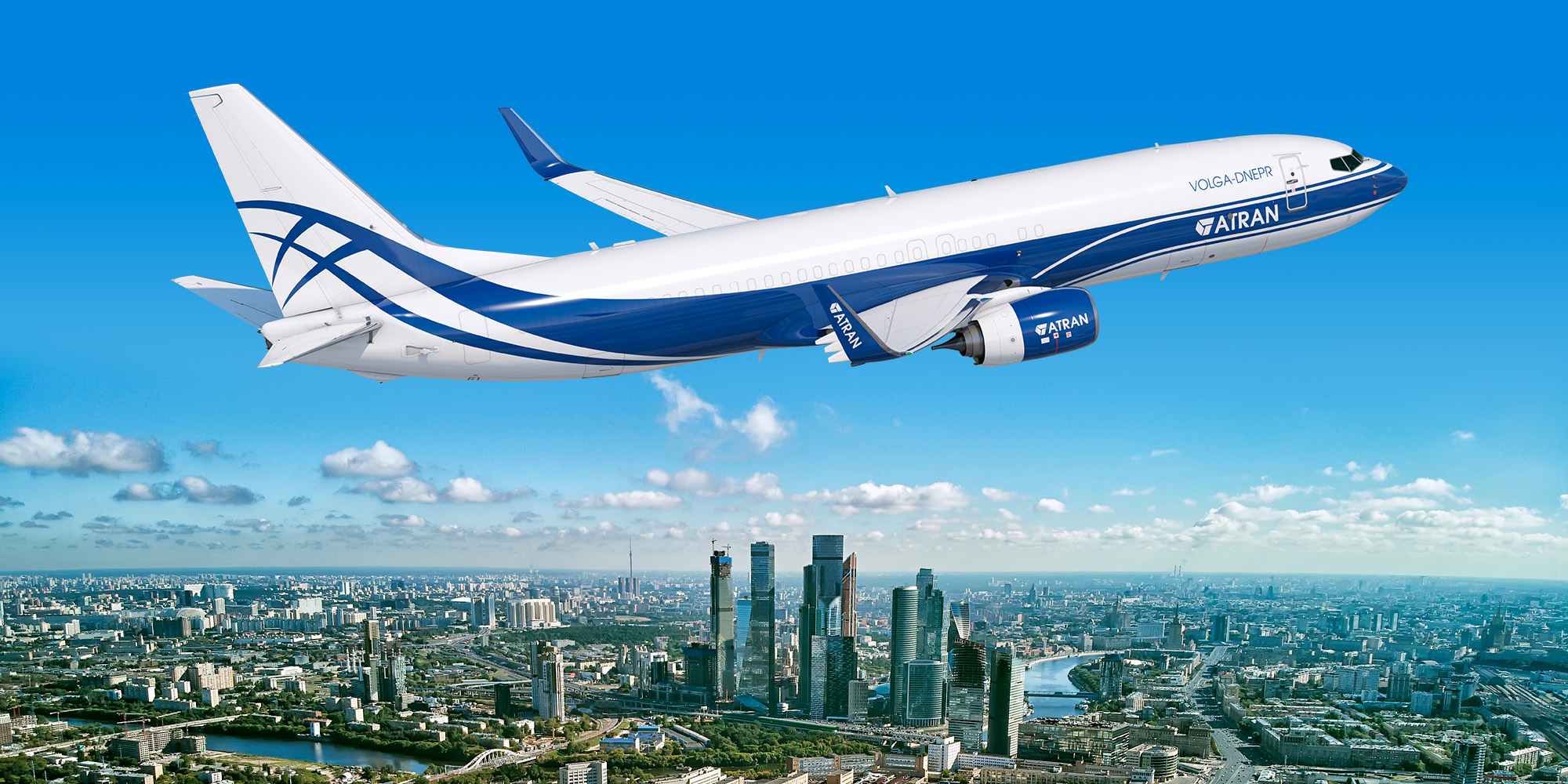 Atran Airlines, the scheduled express cargo carrier within the Volga-Dnepr Group, has signed a deal with GE Capital Aviation Services (GECAS) for the lease of two Boeing 737-800 passenger-to-freighter (P2F) conversions.
The aircraft are scheduled to be phased in during the remainder of 2018 and the first half of 2019. They will provide additional capacity to supplement Atran’s current all-cargo fleet of three B737-400SFs.
Aircraft lessor GECAS noted that B737-800 freighters are “perfectly suited to short and mid-range routes”, which form the basis of Atran’s scheduled network between Russia and Europe.
From its base at Moscow’s Vnukovo International Airport, the carrier provides dedicated cargo services for mail and express shipments moving on routes linking Europe, Russia and elsewhere in the CIS region.
The carrier also specialises in handling growing international e-commerce shipments.
Paul Nolan, fleet development director at Cargo Logic Management (a UK-based Volga-Dnepr Group company specialising in management consulting services for international airlines), commented: “These newly converted 737-800 freighters will assist Atran Airlines in achieving its strategic objectives and serving customers in e-commerce and express services on Russia – China routes.”
He said that the aircraft will provide “much-needed capacity”.
Atran Airlines was established in 1942 and is among the oldest Russia-based airfreight carriers.
It joined the Volga-Dnepr Group in 2011.