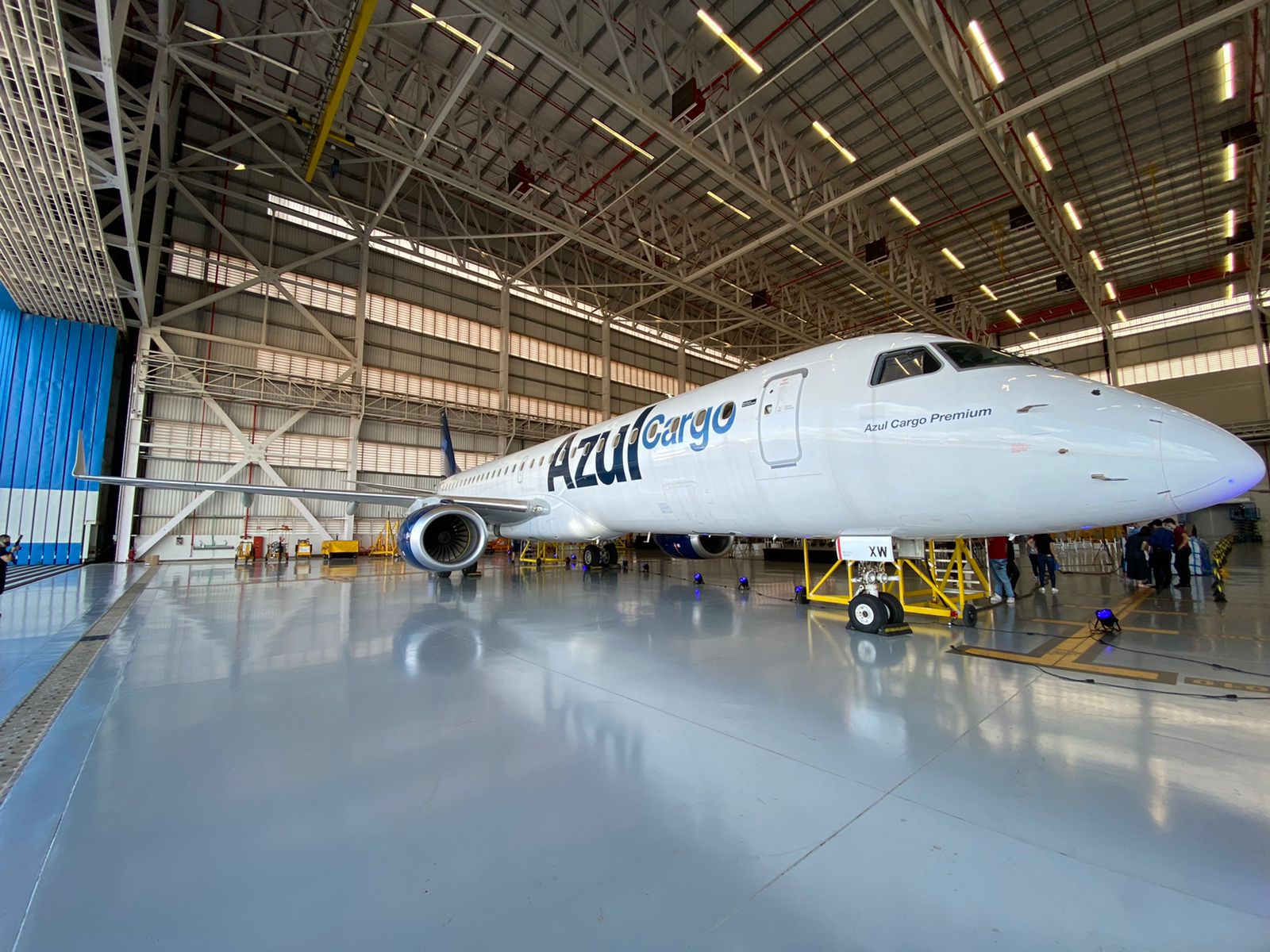 Azul Cargo is upgrading its four E195 PAX-freighters with Class F cabins to expand their ability to carry cargo.

Class F cabin categorisation means that the aircraft are certified to carry cargo in the cabin, in heat and fire resistant containers, with a fire detection system using thermal cameras.

The first of the four aircraft, PR-AXW, received certification in the first week of February with three more to follow in the next few weeks.

Abhi Shah, vice president of revenue at Azul, said: “Azul has helped to double the Brazilian aviation market over the last thirteen years. A key part of this growth has been Embraer’s E195 jets. Today, with the launch of the E195 Class F freighter, we intend to once again transform the Brazilian market, this time in logistics.

“With unparalleled operational flexibility, reliability, access to a variety of airport infrastructure, the E1 Class F is the perfect aircraft to offer a competitive advantage to our logistics customers.”

Izabel Reis, director of Azul Cargo, added: “We are very excited about the certification of the world’s first F-Class freighter aircraft and I would like to thank everyone involved in this project, in particular the participation of ANAC.

“Over the next few weeks we will have four E195 aircraft with this new configuration, further transforming the logistics service in Brazil. These aircraft bring even more flexibility to strengthen our network and expand the logistics business throughout the country.”

The carrier had initially converted the aircraft, which can carry up to 15 tonnes of cargo, to temporary freighters in September 2020 in response to the pandemic.