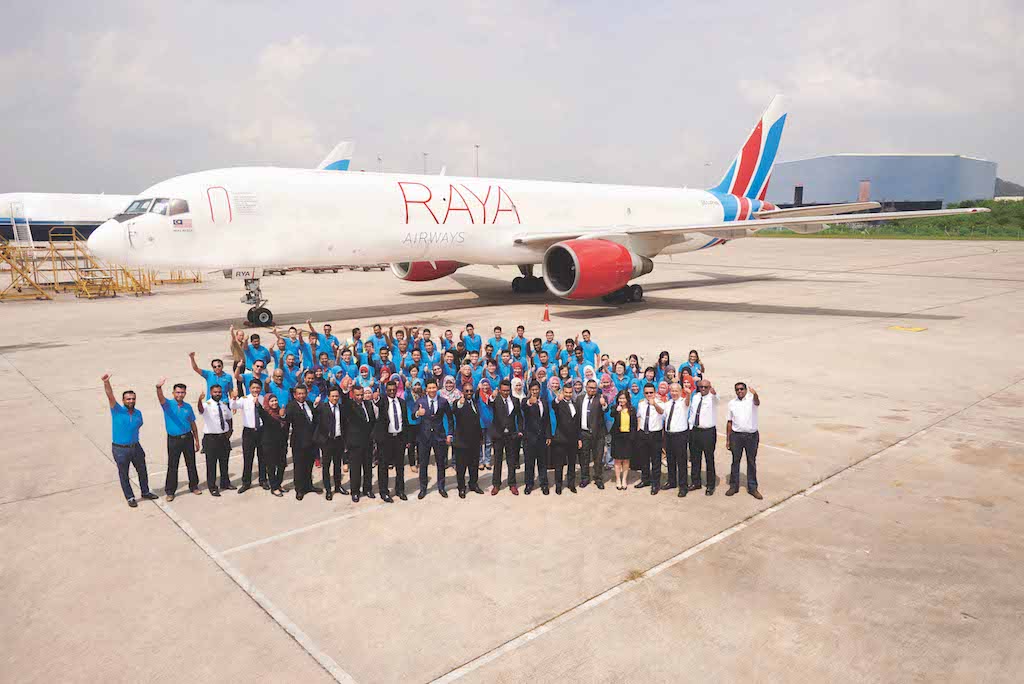 Malaysian cargo airline Raya Airways has taken delivery a B767-200 freighter, the first of the type aircraft under Malaysian registration.
The twinjet brings the Raya Airways fleet up to four freighters, joining two B727-200Fs and one B757-200F, and is part of an ambitious expansion plan by the carrier to serve Shanghai, Mumbai, Narita and Incheon by the end of this year.
The airline, a restructured and rebranded entity formed from the Transmile freighter operator, plans to add two more aircraft by year end, a B757F and a B767F.
Commercial director Lee Shashitheren said: “The delivery highlights the growing demand for capacity to serve intra-Asian region in particular, with a commitment to operate a modern and efficient fleet.
“This is an important step in keeping the revenue potential on the positive while controlling our cost levels.”
Raya, which operates a B757F to Hong Kong for parcel giant DHL, has plans to move from its current Subang Airport hub to Kuala Lumpur, with a newbuild terminal.
A full interview with Lee Shashitheren will appear in the next edition of Freighters World magazine