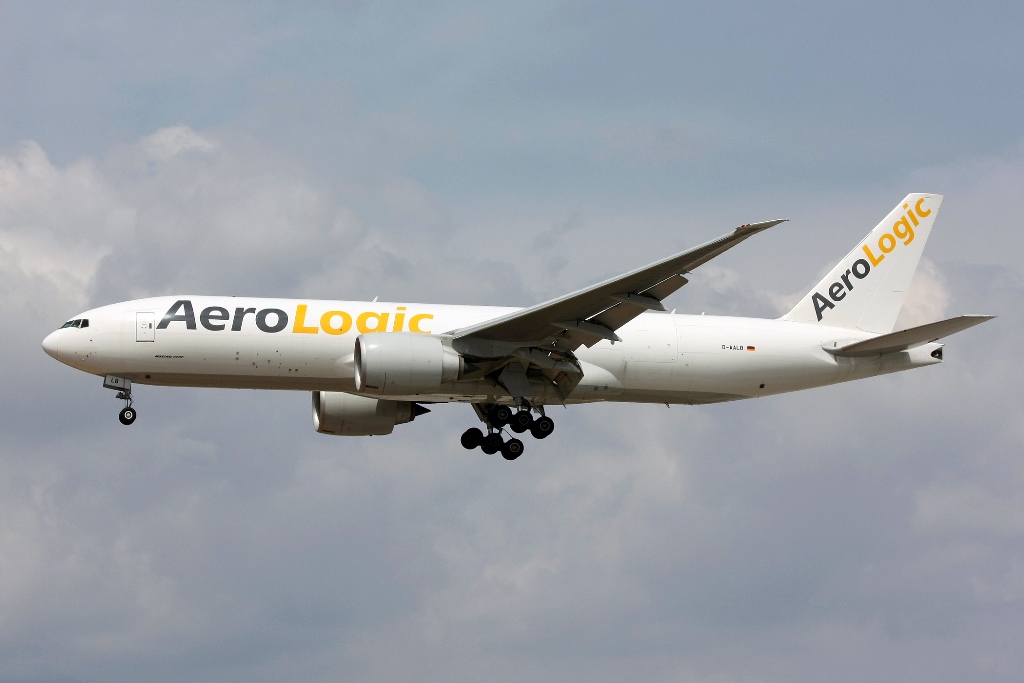 AeroLogic, the freighter operator jointly owned by Deutsche Lufthansa AG and Deutsche Post AG through their subsidiaries Lufthansa Cargo and DHL Express (each with 50% shares), is to add another Boeing B777 freighter to its fleet in January.
This latest addition will take the carrier’s all-cargo inventory to 11 aircraft.
Lufthansa Cargo will lease the freighter from Boeing specifically for the AeroLogic fleet. The German freight carrier will then market the additional capacity.
“With eleven Boeing 777F[s] in the future, we will operate one of the world’s most modern and efficient freighter fleets,” observed Wolfgang Raebiger, AeroLogic joint managing director.
“This will strengthen our position as an attractive employer at the heart of Germany and ensure flexible additional capacity for our partners,” he added.
The aircraft is expected to be flown from Boeing’s factory in Seattle to AeroLogic’s hub at Leipzig/Halle Airport in January.
DHL Express recently introduced two freighters of the same type and has since been marketing their capacity exclusively.
The cargo capacity of the other eight AeroLogic aircraft is mainly used by Lufthansa Cargo at the weekend and by DHL Express at other times.
And Lufthansa announced in the second quarter of this year that it had ordered two B777Fs for its own fleet. These will initially be used to expand Lufthansa Cargo’s freight capacity, but also to replace older MD-11 aircraft from the carrier’s fleet.
The B777 freighter has proved exceptionally popular in recent times.
Just at the Farnborough Airshow in the UK in July, for example, Qatar Airways finalised its order for five B777Fs (a deal valued at $1.7bn at current list prices that had previously been announced as a commitment in April) and DHL placed an order for 14 B777Fs, with purchase rights for seven additional freighters in a deal valued at $4.7bn based on current list prices.
Even more notably, the show also saw CargoLogicHolding sign letters of intent to acquire 29 B777Fs (as well as order five B747-8Fs).
Plus, there has been plenty of talk of B777F conversions becoming ever more likely in the foreseeable future.
Read more freighter operator news
Sign up to receive Air Cargo News direct to your inbox for free