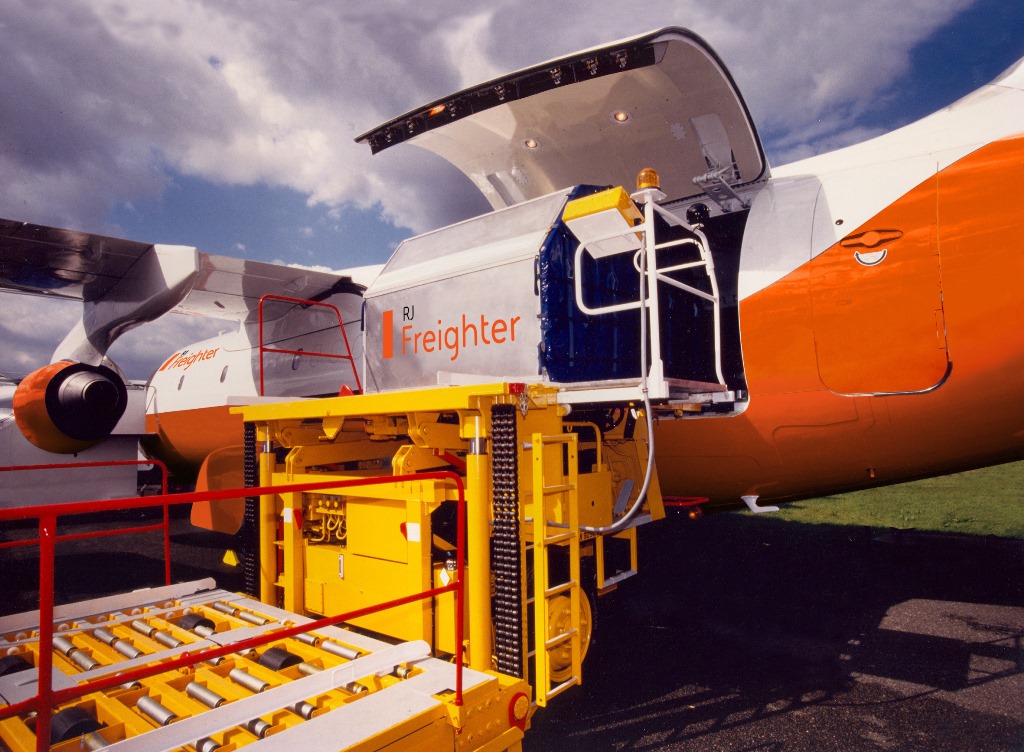 BAE Systems is hoping to launch a passenger-to-freighter conversion programme for the Avro RJ jetliner and is seeking customer feedback to asses market potential.
The principal variant for conversion would be the RJ100 aircraft, which are now starting to come out of passenger service and will be available over the next few years.
BAE said the Avro RJ Freighter, which will be able to carry up to 14 tonnes of cargo, fits the gap between the seven-tonne freight capacity of current large turboprops and the 18 tonnes of the bigger Boeing 737 Classic freighter conversions.
Typically, an RJ100 can be bought for between $1-1.5m ­and the freighter kit and conversion would cost between $2.2m and $2.8m, with availability from the end of 2017.
This compares with the cost of a B737 Classic conversion of around $5m.
It is looking for firm commitments for ten conversions before it launches the programme, which it is looking to secure before mid-November or it could scrap the plans.
“Time is of the essence as aircraft are being retired as operators re-equip,” BAE said. “We would wish to have the first conversion completed in quarter four 2017 and anticipate the first aircraft would take through the programme in around nine months.
“Working back from these dates we would anticipate a go/no go decision circa November 16.”
The development of the new conversion builds on BAE’s experience gained and in-service success of the BAE 146QT (Quiet Trader) production freighter of which around 30 aircraft were produced.
The business has spent the past year assessing the suitability of the newer-build Avro RJ as a freighter.
Compared with the BAE 146QT freighter, the RJ100 will be able to carry an extra 1.5 tonnes and its engines are more economical.
Conversions will take place in Preswick and although a maintenance, repair and overhaul provider has yet to found, BAE is confident this will not be an issue.
BAE Systems did try to launch a conversion programme for the passenger version of the BAE 146QT, but only one was sold.
Despite this, BAE Systems said it believed the RJ100 conversion programme would be a success because of the low cost of the aircraft.
“Fundamentally it really comes down to price – the cost of the asset and the cost of the conversion – a good quality RJ100 can be picked up for between $1m – $1.5m,” BAE said.
“That’s a lot of aircraft for the money. If we can launch the programme with an order book of 10 or more aircraft then we can start to generate economies of scale in terms of kit manufacture and learning thus keeping the conversion costs to a minimum.”
It added that the turboprop RJ85 aircraft could also be developed as a freighter conversion using the same  kit.

The RJ85 is cleared for unpaved runway operations hence an RJ freighter would be ideally suited for humanitarian use.