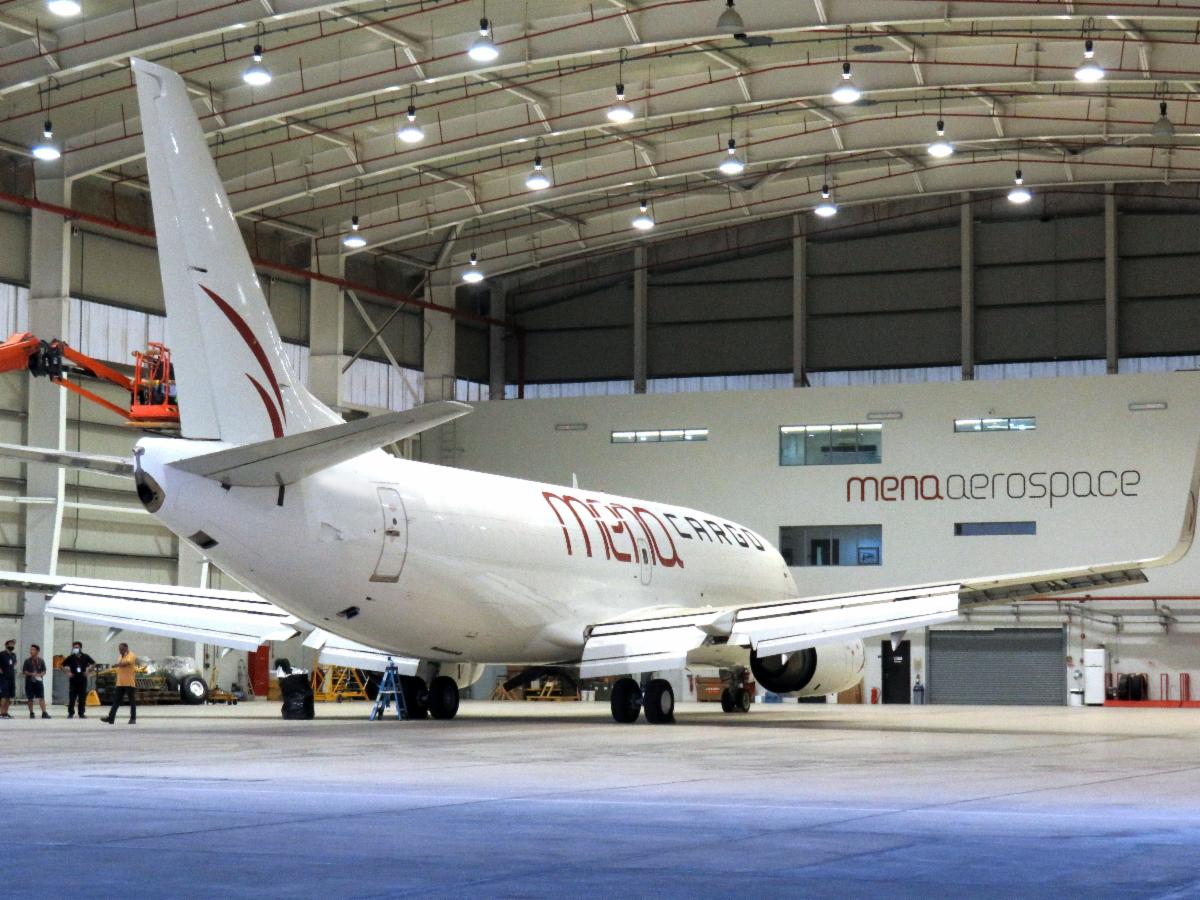 Bahraini aviation services group MENA Aerospace is launching a cargo airline to tap into what it says is a burgeoning air freight market for e-commerce between Asia and the Middle East and Africa.

The company has transferred its existing air operator’s certificate for a private jet management and charter business to the new venture, and has launched services with a former Southwest Airlines Boeing 737-300 freighter conversion by Florida firm Pemco.

It plans to lease “two or three” 737-800 converted freighters in the next year, followed by its first widebody, and is aiming for an eventual fleet of “15 to 20” aircraft, says business development director Brian Hogan.

“That sort of number gives us critical mass,” he says. “It means we can move around crews and engineering.”

MENA is currently partnering with euroAtlantic to offer long-haul freight services from Asia into Bahrain using one of the Portuguese charter provider’s 777-200ER airliners, with seats removed for cargo.

“That is the start of our widebody operation, but that will develop into us purchasing our own cargo aircraft,” says Hogan, who admits that both new-build and converted widebody freighters are in short supply.

“The future is 777s, if we can get a hold of them, but the first available conversions are 2023 to 2025. [Airbus] A330s or 747s could be the bridge and it is my job to source these planes, but everyone in the world is gathering up these planes,” he says.

Mohammed Juman, founder and managing director of MENA, describes e-commerce as a “gamechanger” for the Middle East and Africa. “E-commerce in this part of the world has barely started, but between us and Asia it is growing phenomenally.”

He discounts suggestions that by launching now, MENA has missed the air cargo peak as more passenger flights return and that additional belly-hold capacity relieves the pressure on freight forwarders. He says that for many just-in-time consignments, “belly-hold is not an option”, while passenger airlines do not always have the safety approvals to transport electronic goods. “I’m confident there is still a lot of opportunity out there,” he says.

MENA will base its cargo operation in Bahrain, but plans to open a hub in Saudi Arabia “shortly” followed by an Asia site in Malaysia, Singapore or Thailand.

DHL already has its Middle East hub in Bahrain, but Peter Hewett, acting general manager of MENA Aerospace Aircraft Management, says the logistics giant is a customer rather than rival. “We have been working with them for a long time and can complement what they do rather than competing with them,” he says.

One of the ways it will do this is by flying services into secondary airports in Saudi Arabia and elsewhere in the wider region that “extends [DHL’s] service from their hub”.

MENA, which was founded 16 years ago and also offers MRO and aircraft parking services in its hangar at Bahrain’s main airport, says that its move into cargo does not mean it is abandoning its private aircraft activities. That business is “simply on pause until the global demand returns”, it says.