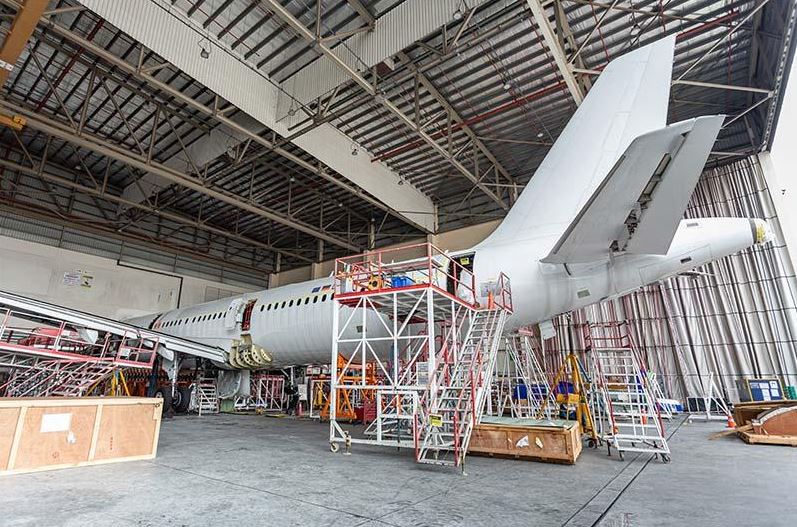 Aircraft owner BBAM has revealed that it is the company leasing two A321 passenger-to-freighter aircraft to Lufthansa Cargo.

BBAM said the aircraft will be provided to Lufthansa Cargo on long-term leases and would be used by the airline to offer customers in the e-commerce segment fast intra-European connections.

Lufthansa had initially announced plans to add its first two A321 freighters to its fleet in July but details on the provenance of the aircraft were not revealed at that time.

The conversion work is being carried out by EFW, with BBAM recently confirming a deal for 20 conversion slots.

The aircraft can transport more than 28 tonnes of gross payload per flight “significantly larger cargo volumes than in the short-haul bellies of passenger aircraft,” BBAM said.

Lufthansa CityLine on behalf of Lufthansa Cargo will operate the two aircraft, which will be stationed in Frankfurt.

“We are glad to provide Lufthansa Cargo with a new tool to help maximize its cargo operations,” said Steve Zissis, president and chief executive of BBAM.

“We see new life for our A321s as converted freighters that are highly efficient and offer many benefits for cargo operations. BBAM has become a leader in the converted freighter market as we look to offer our airline clients and investors with a new solution to maximise value.”

Lufthansa Cargo chief executive Dorothea von Boxberg added: “Partnering with BBAM on these converted freighters gives the former passenger aircraft a second life and enables us to offer our customers the much-needed additional capacity in Europe.

“The A321P2F offers unique benefits, including increased cargo capacity, best-in-class economics, reduced weight, and a lower carbon footprint, providing us with a great deal of flexibility in managing freight.”

Meanwhile, Cargo Facts has revealed that Lufthansa’s latest B777 freighter — due to start operations soon — was previously operated by Emirates SkyCargo.