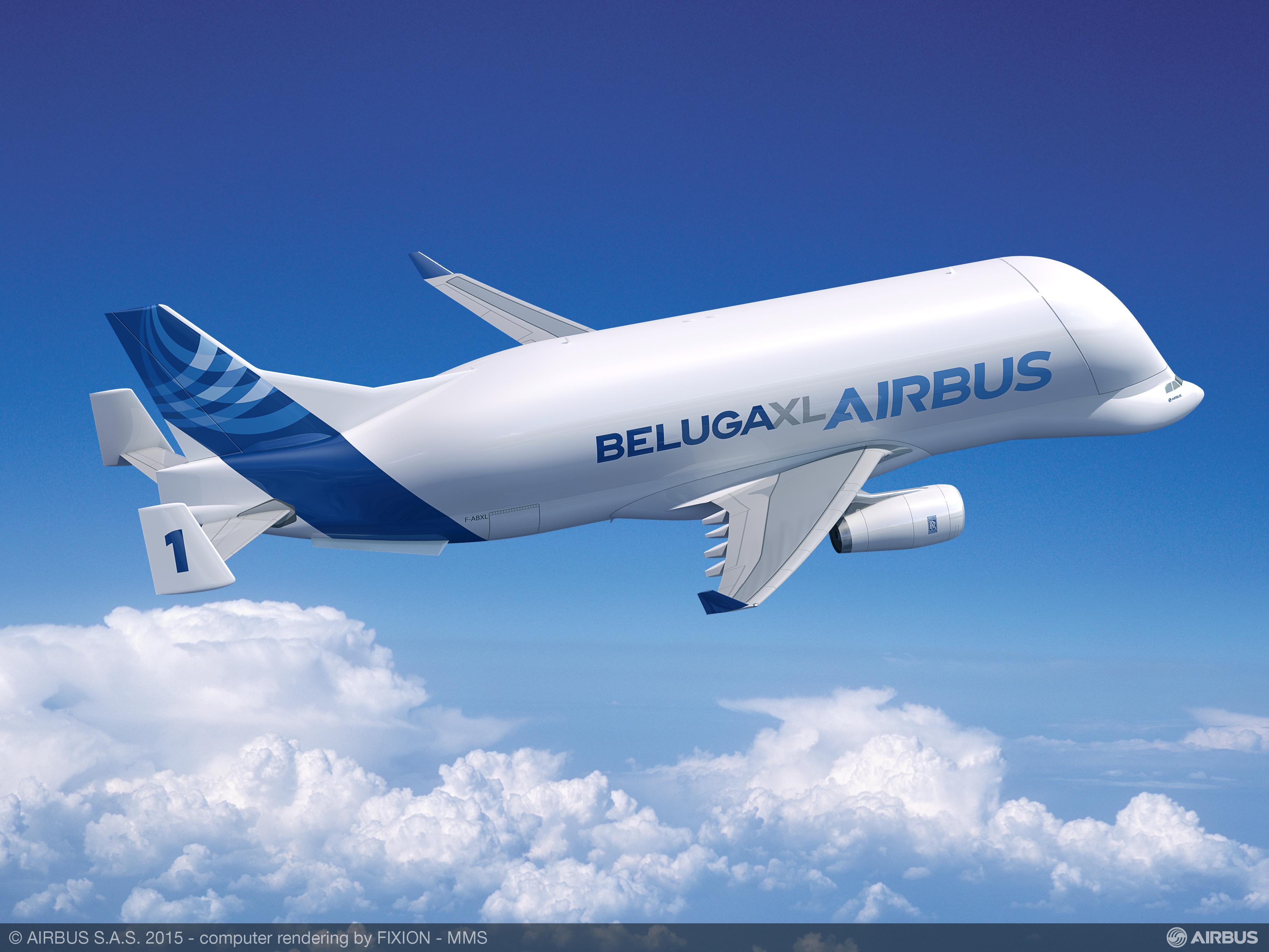 Airbus’ next generation of oversize air transport capability, christened Beluga XL, has passed a key step in its development.
The Beluga XL’s programme’s latest "maturity gate milestone" marks the end of the concept phase or design freeze at aircraft level.
The European aircraft manufacturer plans to build five new Beluga transport aircraft – the original was named after a species of whale – replacing the existing fleet which transports final assembly Airbus components.
Based on the A330-200 freighter with a large re-use of existing components and equipment, the future “white whales” will be powered with Rolls Royce Trent 700 engines.
The Beluga XL aircraft will provide Airbus with an additional 30% transport capacity. The first of five Beluga XLs will enter into service in 2019.
Airbus said that the maturity gate review demonstrated that the Beluga XL programme is “robust and mature enough” to move to the next phase of development, the detailed design phase.
Bertrand George, head of Beluga XL programme, said: “We are proud of how much we have accomplished, in less than a year after the launch of the programme, with the new and innovative way of working with our suppliers.
“By working together as a fully integrated team in a single location, we have maximised our efficiency. This milestone paves the way for a successful final assembly start in 2017.”
The Beluga XL programme was launched in November 2014 to address the transport capacity requirement to support the A350 XWB ramp-up and other aircraft production rate increases.
The current five-strong Beluga fleet – now up to 20 years old – is based on the twin-engine A300-600R and can carry a maximum payload of 47 tonnes non-stop over a range of 1,660 km