Bertus the rhino takes to the skies with Intradco 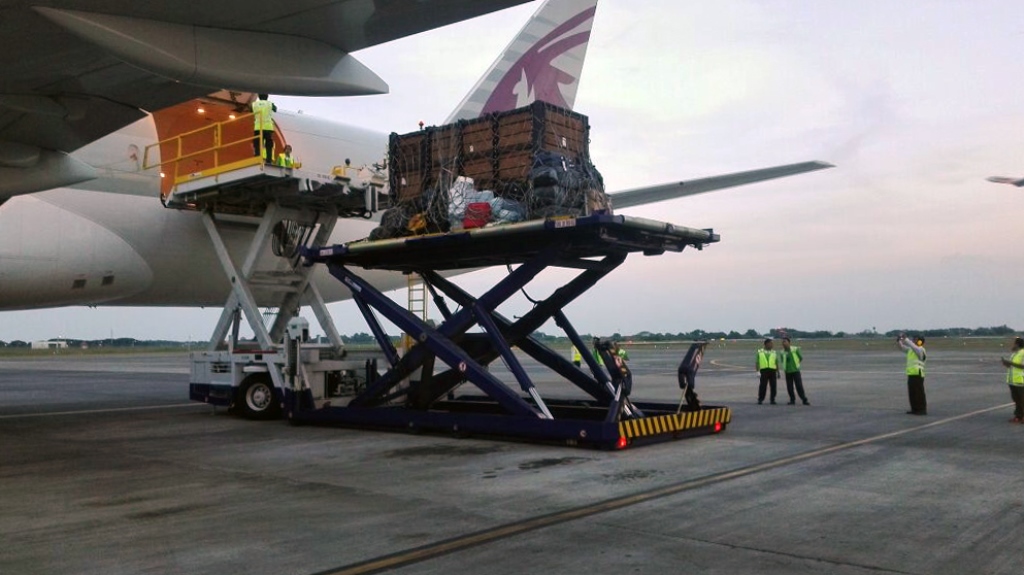 Intradco Global helped to transport a greater one-horned rhino from Europe to Southeast Asia as part of an endangered species-breeding programme.
The 2.5 ton male rhino Bertus was relocated from Edinburgh Zoo to a new home at Batu Secret Zoo in Indonesia, driven from Scotland to Luxembourg where he flew on a Qatar Boeing 777F freighter to Surabaya.
The operation was in close cooperation with Mileinair and Chapman Freeborn Poland under a part-charter flight.
To ensure his comfort and well-being he was joined on board the aircraft by two veterinary professionals and two Intradco specialists who oversaw the safe loading and unloading requirements.
Born in 2008 and now reaching sexual maturity, Bertus, who has his own twitter account (@swipe_rhino), will help boost the population of rhinos.
In the past, the greater one-horned rhino could be found across the entire northern part of the Indian subcontinent. However, populations have declined drastically due to habitat destruction, sport hunting and poaching.
The species was on the brink of extinction at the beginning of the 20th century. Efforts by conservationists and strict protection by wildlife authorities has helped these populations to begin the long road of recovery.
Read more animal transportation news