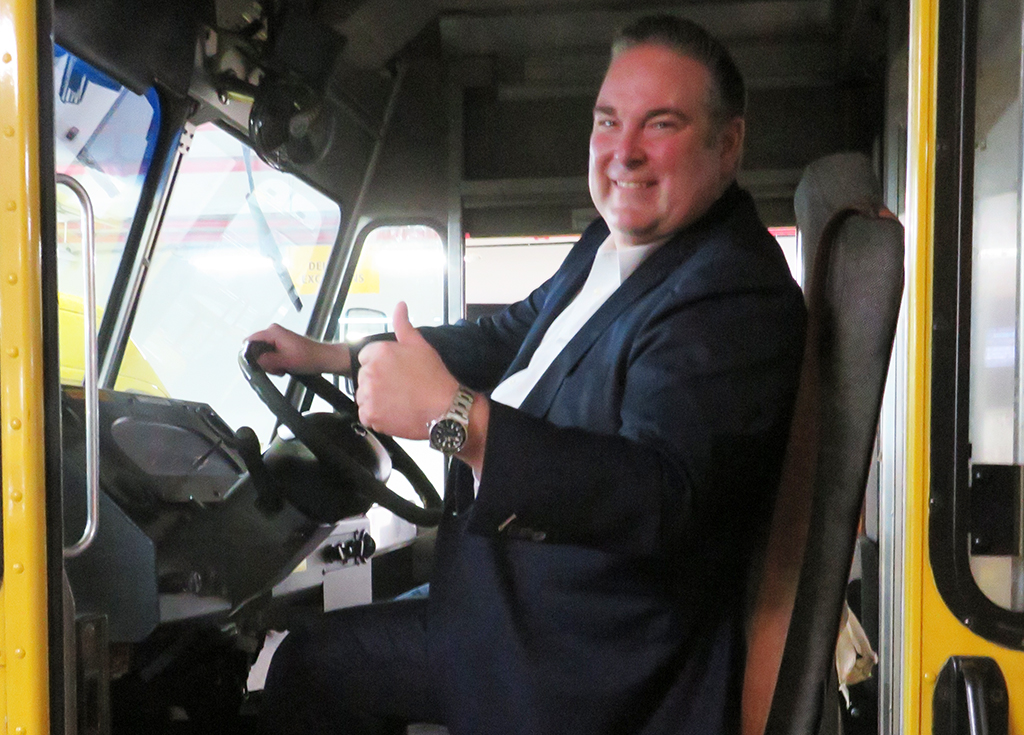 Big business is preparing for the impact of the escalating US-China trade tariff battle, but small and medium enterprises may find it harder to recoup the additional costs generated.
Greg Hewitt, chief executive for DHL Express US, believes that there is still a “big question mark” over the longer term impact of higher tariffs on the key trade lane, but it appears that “big business is adapting” while smaller companies are finding it tougher to pass on the extra costs.
Hewitt, whose total US network handles “north of 300,000 stops every day” and 340,000 stops during peak period, thinks that the effect of US tariffs on China and the China trade lane will “not go away early in Q1 or Q2” but will be viewed throughout 2019.
“We need to see if it is going to be a trade lane more populated by consumer goods versus the traditional production environment of finished goods and rush routing of small loads of freight. I think that could change but we have to wait and see.”
Hewitt reports that a number of larger companies on the China-US trade lane, for example the semiconductor producers and some textile companies, “are talking about shifting their sourcing and production, maybe to other markets”.
Semiconductor businesses are looking at Mexico and other countries, while those in the textiles sector are considering Vietnam and Thailand as two possible locations.
Adds Hewitt: “The good news is we have strength and capability in all the markets that they are looking at. We are making sure that we stay close to those companies talking about shifting production flows, helping them to understand what our capacity constraints might look like because there are different flight segments and different capabilities.
“We are also making sure that they truly understand, not just cost of production [in those countries] but also any impact of duty, tax or import and export regulations that need to be in place and the try to adapt our flows to match that.”
DHL Express also reports a “blip in volumes” as companies try to secure and bring in resources before new tariffs come into force.
Says Hewitt: “Unfortunately, one of the things we are hearing is that small and mid-size businesses are finding it harder to be able to recoup those increases in costs and there is a little bit of risk and pressure on those companies.”
Meanwhile, as the e-commerce booms continues, DHL Express is forecasting a 17% rise in international volumes for the US market this peak season versus 2017.
In the US, DHL Express is looking to segregate air container loads at New York’s JFK and Cincinnati (CVG) hub airports into business to business (B2B) and business to consumer (B2C) or e-commerce, having B2B products positioned on earlier aircraft for the Big Apple’s Manhattan business area.
Early deliveries of B2B samples to the offices of fashion businesses in Manhattan is a key service differentiator in a very competitive express market.
Hewitt says that DHL Express has leveraged the automation in JFK and CVG to generate “splits” that separate the loads into B2B and B2C, recognising that the consumer sector is not as sensitive to early a.m. delivery and actually prefers deliveries to be a little bit later.
Most of the DHL network inbound European traffic flies in from the operator’s Leipzig hub in Germany, while Asian traffic enters the US from Cincinnati primarily.
The DHL Express plan was to introduce a direct Boeing 767 freighter into JFK from Asia, a project which lasted for three days until the airport changed the slot allocation, which has put the flight on ice.
However, the indomitable Hewitt and the aviation team at DHL Express are in talks with JFK management to resume the flight, which now heads down to Miami from CVG.
“I’m hopeful that we’ll get that slot back and then almost all of [the Asian traffic] will flow on network flights but we also do have commercial lift out of China into JFK.”
Hewitt attributes the expected 17% peak season growth rate to e-commerce traffic boosted by a stronger dollar, which means US consumers are buying more online.
However, he cautions that a weaker dollar last year, which dampened US inbound demand, is a factor: “We were seeing really big volumes in November, and so it is a little bit of a shift as the dollar moves, so e-commerce ebbs and flows with it. We are still seeing growth in e-commerce but not the big numbers.”
On the capacity management challenges of a further escalation in the US-China trade spat, Hewitt says that DHL Express “has to be able to react and respond to whatever the changes in regulations bring”.
He continues: “We operate on a largely fixed network system with some capacity flux, and so in peak season we add charters in support of commercial lift to help manage the volumes inbound.
“What you will continue to do is look at those volumes continue to flex down as it seems fit if these tariffs continue to put downward pressure on the steady-state of goods in from Asia.
“But the reality is that November was the strongest inbound from China in over 12 months … but most of the stuff that is coming in for those increased shipments and volume numbers from China fall under the de minimis [a product’s dollar value trigger point for imposing a tariff] and I don’t think that the tariff will apply below the de minimis.”