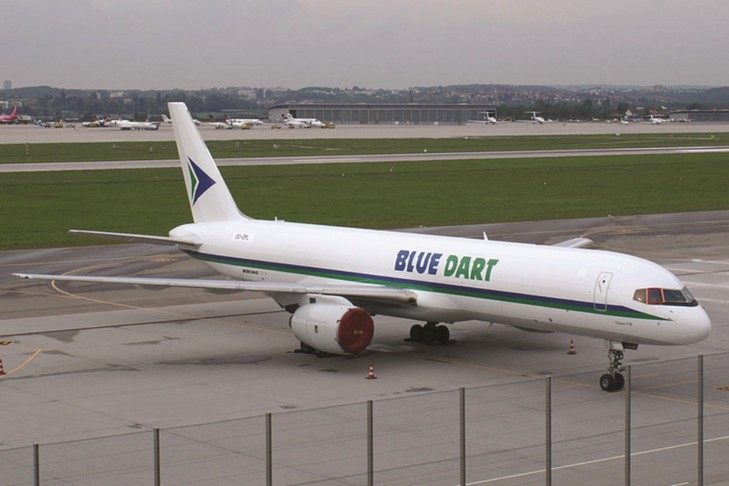 Indian express firm Blue Dart Express has bought all remaining shares of its aircraft operating subsidiary Blue Dart Aviation.
The express firm, which is 75% owned by DHL, said in a stock exchange announcement it would increase its stake in the airline from the current 74% to 100%.
Blue Dart Aviation was formed in 1994 by Blue Dart Express because at the time there was restricted cargo capacity suitable for express operations because of the dominance of the passenger market.
Today, the airline operates six Boeing 757-200 converted freighters but it does have a rival after the launch of Quikjet earlier this year.