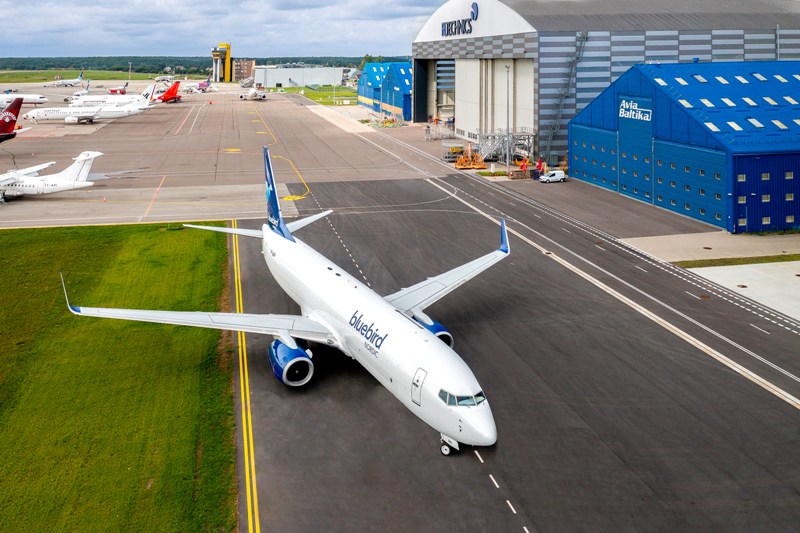 Bluebird Nordic has taken delivery of a B737-800 Boeing Converted Freighter (BCF) from AviaAM.

The aircraft is the second B737-800BCF delivered to the Icelandic ACMI company by AviaAM and comes as it looks to expand in the cargo market.

The B737-800BCF aircraft was converted to freighter configuration by Boeing at the Guangzhou Aircraft Maintenance Engineering Company (GAMECO) facility in Guangzhou, China.

Earlier this year, Bluebird Nordic announced it would lease three Boeing 777-300ER aircraft in an effort to expand its widebody cargo ACMI operations.

At present, the aircraft are in passenger configuration but will be converted into cargo aircraft in 2024.

Both companies are part of Avia Solutions Group. AviaAM Leasing plans to have 25 converted aircraft of different types in the upcoming four years.

Everts Air Cargo to convert an MD-88 to expand fleet

Everts Air Cargo is expanding its fleet with the conversion of an MD-88SF into a freighter configuration through Aeronautical Engineers,…