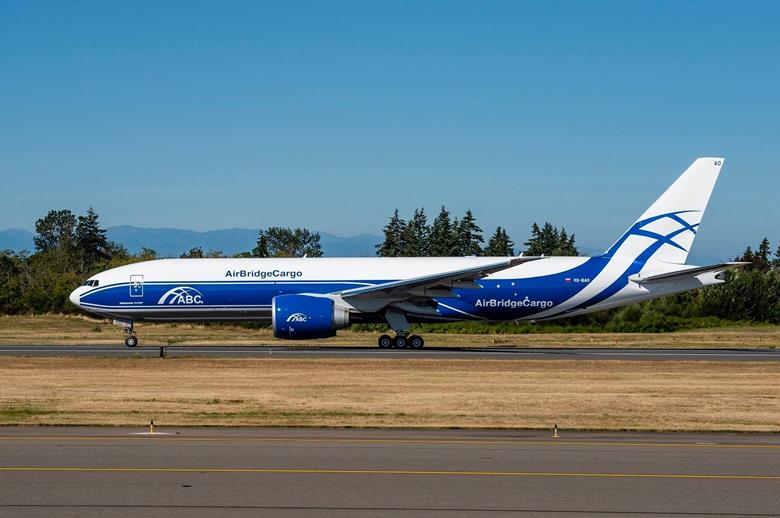 Boeing has confirmed the delivery of the Volga-Dnepr Group’s first Boeing 777 freighter.

Yesterday, the aircraft joined the Volga-Dnepr Group’s fleet of 24 Boeing freighters, after having departed Paine Field in Everett, Washington.

Boeing said the aircraft would be used by the airline group’s AirBridgeCargo subsidiary and was acquired through a sale-leaseback agreement with Dubai Aerospace Enterprise (DAE).

Customers have ordered 231 B777 freighters since the programme began in 2005. Volga-Dnepr becomes the 19th operator to date to use the large-capacity twin-engine freighter.

The Russian airline group signaled its intent to enter into the B777F market at the 2018 Farnborough Air Show with a commitment for 29 of the aircraft.

It later firmed up its entry in the B777F sector with a lease deal for three of the aircraft from DAE Capital, with delivery of the first of the aircraft scheduled for this year.

The status of the Volga-Dnepr’s B777F order book was called into question earlier in the year when a dispute broke out between Volga-Dnepr UK and Boeing over the delivery of three B777Fs and a single B747-8F and whether or not the orders have been repudiated.

At the time, the Volga-Dnepr Group said that weak market conditions in 2019 resulted in it having to cut back its fleet, but that it would continue in its efforts to “ensure opportunities for new aircraft delivery”.

According to the Boeing website, Volga-Dnepr UK has a total of six B777Fs on order. This aircraft is presumably the first of those six to be delivered.

Last month, the airline announced the re-organisation of its sales structure, essentially bringing together the sales teams of its three airlines,  AirBridgeCargo, Volga-Dnepr and Atran, to allow them to sell across its portfolio of aircraft and services.