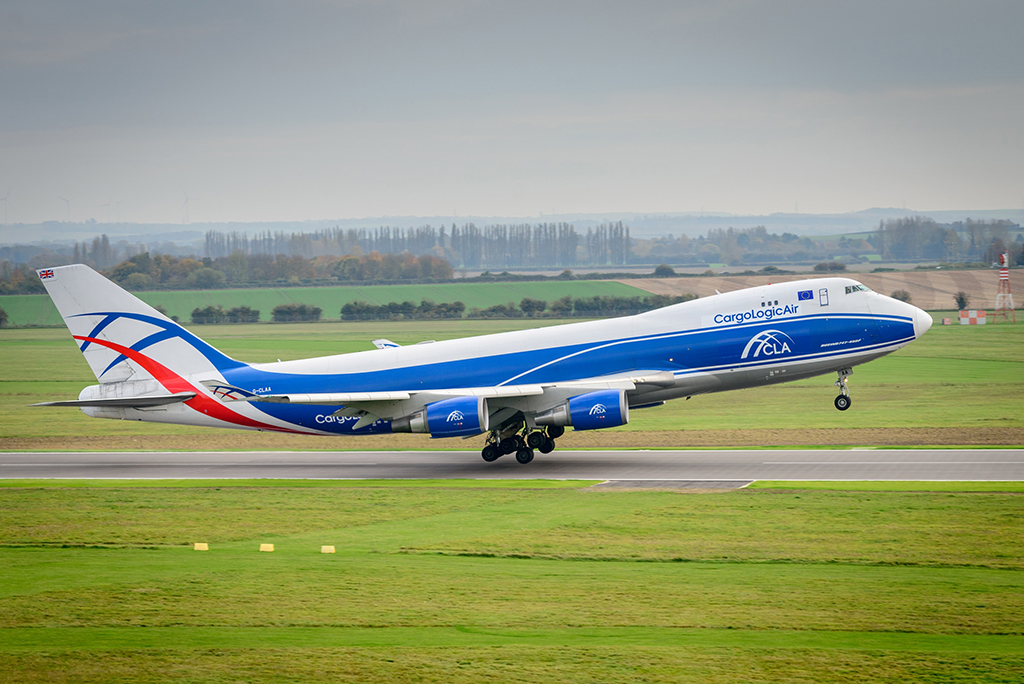 New UK-based all-cargo airline CargoLogicAir (CLA) has revealed it hopes to operate a fleet of five Boeing 747 freighters in 2018.
The much speculated-upon airline today confirmed it had been awarded an Air Operator Certificate (AOC) by the UK Civil Aviation Authority.
CLA has taken delivery of its first Boeing 747-400 freighter from Air Castle and will add a second 747F to its fleet in July 2016. CLA expects to have a fleet of five Boeing 747Fs by April 2018.
It said it would announce routes and an operations schedule in due course.
The Stansted-headquartered airline said it aimed to become a leader in the European air cargo market offering cargo services on scheduled and charter flights.
The airline aims to take a “strong position in the segment of all-cargo and outsize logistics solutions”.
Although many appointments were known due to LinkedIn profile updates, the airline also confirmed Dmitry Grishin, formerly vice president sales at Ruslan International, as its newly-appointed chief executive.
He is joined by Peter van de Pas in the role of chief operating officer & accountable manager, who previously held senior positions at KLM and Cargolux.
Steve Harvey is CLA’s chief commercial officer, having joined the airline from his previous post of regional charter sales manager EMEA of Atlas Air.
Grishin thanked all involved in the airline gaining its AOC and said: “Our aim now is to become a leader in the European air cargo market by earning a strong reputation for the highest levels of service, safety and efficiency.
“We believe that the all-cargo airline business model has its place on the market and that we can achieve sustainable growth by specialising in outsize and flexible solutions for our customers.
“We are open to cooperation with all who share the same passion for cargo as we do.
“We are also very grateful for the help we have received so far from partners such as Boeing, Stansted Airport and Aeropeople, who have supported us in building the company and its capabilities.”
Harvey added: “We believe this is the right time to launch a new UK cargo airline.
“We created the company in the UK, which has a rich heritage of all-cargo specialist carriers including big names like HeavyLift, AirFoyle and others.
“The UK is the second largest air cargo market in the EU and its economy is growing. Using our knowledge, we plan to make a strong contribution to putting the UK back on the map of global all-cargo leaders.
“We have been extremely encouraged by the level of interest from our customers and expect this to result in us attracting the level of business we need to support our growth strategy over the next 3-5 years.”
Market speculation regarding the launch of the airline has been rife over the last few months, while the company itself did not want to talk to the press until it was ready for launch.
Video footage emerged of an aircraft in the livery of CargoLogicAir (see below) and a website emerged in November.
The website states that CLA aims to “become the leader in the European air cargo market offering cargo services on scheduled and charter flights, and with the freedom to explore growth opportunities with freight forwarders and other airlines that provide new opportunities for us and our customers”.
“Our team combines the highest levels of operational and commercial expertise, while our Boeing 747-400F with its 110 tonnes payload is one of the world’s most efficient and capable cargo aircraft,” it adds.
The website said that the airline will provide both schedule and charter services, with a network offering to customers extended to other major cities in Europe, North America and Asia Pacific through interline agreements and will be continually increased as partnerships are approved with other high quality cargo operators.
In January, flight tracking websites began to record the aircraft’s movements, with flights to Bari, Munich and Frankfurt being carried out.
A Companies House listing names Alexey Isaykin, Volga-Dnepr’s president, as the sole director of Cargo Logic Holding and as a Cypriot. In turn, CLA lists Cargo Logic Holding as its majority shareholder.
However, the airline stressed it is "an independent airline with its own executive and management team and fleet".
Meanwhile, a search on LinkedIn reveals that several people have listed themselves as employees of CLA.