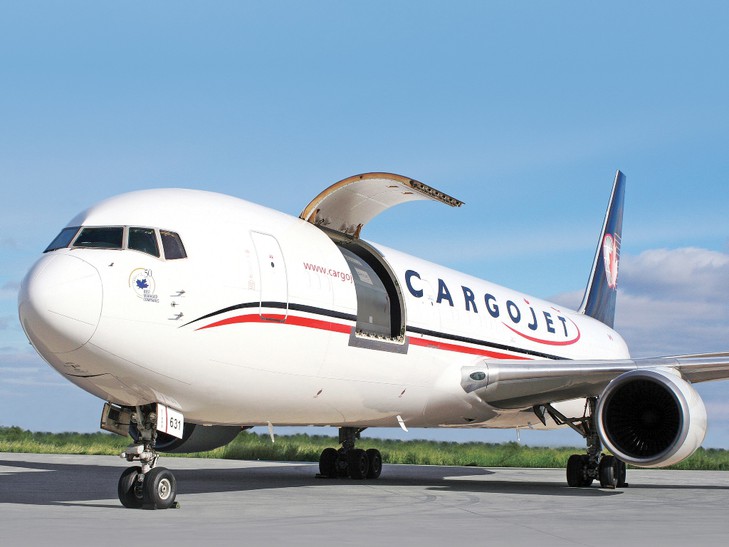 Cargojet will begin running its own freighter services between Canada and South America and a second frequency to Europe.
Beginning early February, the Canadian operator said that on Fridays and Sundays it will offer a service from Hamilton to Bogota and Lima, via Atlanta.
Meanwhile, on Saturdays it will operate a service from Hamilton to Cologne. Both operations will utilise a B767-300F aircraft.
Cargojet chief executive Ajay Virmani said: “Cargojet will offer a premium air cargo service directly to global freight forwarders, interline airline partners and other users of international air cargo services.
“Our recent presence in these markets has led to increased demand for our services and allows us to continue to optimise our overall freighter aircraft utilisation and expand our range of services and customer base.”
The move comes shortly after Cargojet and Air Canada decided to end their partnership on freighter services between Canada, the US, Mexico, Europe and South America.
The expiration of the deal brought to an end the partners’ three freighter services operating on rotations of Ontario – Mexico City – Dallas Fort Worth – Ontario; Ontario – Atlanta – Bogota – Lima – Ontario; and Ontario – Frankfurt – Ontario.
Meanwhile, Air Canada boosted its belly capacity on its services to South America.
On December 7, its Bogota connection increased in frequency from four to five flights a week.
Meanwhile, its So Paulo service is upgauged to Boeing 777 aircraft, as is the carrier’s Santiago/Buenos Aires service.
A new twice-weekly Montreal to Lima link was launched on December 16, while the carrier’s Toronto to Lima connection is now served four rather than three times a week.
Finally, the daily widebody service to and from Mexico has been upgraded to a B767 operation.
Read more freighter operator news