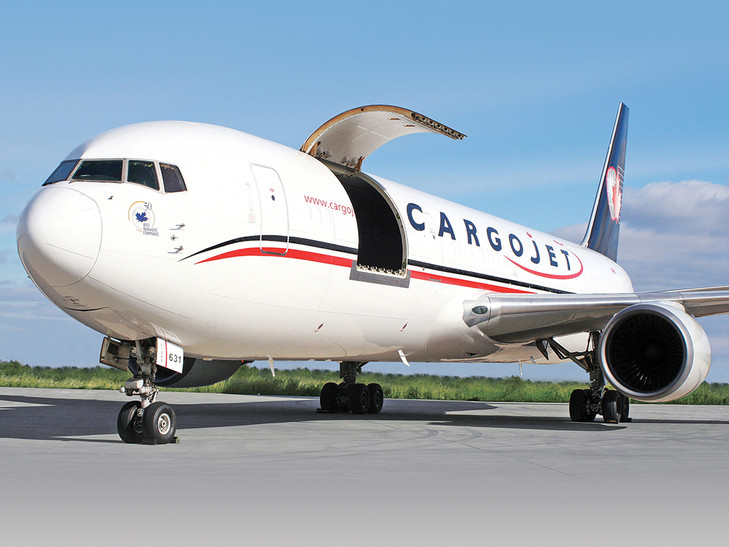 Canadian freighter operator Cargojet registered a jump in revenues in the first quarter and has expanded the number of B777 conversions it has on order (see below).

The company reported a 45.7% increase in first-quarter revenues to $233.6m with strong growth in the all-in charter segment.

The company said the all-in Charter segment that benefited from a robust demand for global air cargo.

The Domestic network posted a 10.3% increase in revenues, ACMI posted 36.2% and the charter business posted 298% growth compared to the same period last year.

Domestic network revenue for the quarter accounted for less than 37% of total revenues compared with more than 47% for the same period in 2021.

Adjusted EBITDA for the quarter was C$83m compared with $64.2m last year.

“Ever since March 2020, we have been constantly adapting to the changing air cargo landscape. The recent geo-political events have further added pressure on the already strained traditional supply chains but they are also creating new opportunities for air-cargo,” said Ajay Virmani, president and chief executive.

“We are acutely aware of the uncertainties and are well positioned to not only tackle them but capitalise wherever new opportunities are emerging. The investments we made in aircraft acquisition, technology and in attracting and retaining top talent are paying off, allowing us to scale up the business in a seamless manner.”

In March, DHL Express entered into a long-term agreement with Cargojet that could potentially see the express firm acquire shares in Cargojet. The five-year deal will see Cargojet provide an extra five B767 freighters in addition to the 12 freighters currently utilised by DHL Express.

The results also revealed that Cargojet now has eight B777 aircraft on order for conversion, up from the two firm orders (and four options) that it had previously confirmed.

Cargojet was named as the launch customer for Mammoth Freighters’ B777-200LR freighter conversion programme in November 2021. The airline initially signed up for two B777-200LRMF freighters, with options for two -300ERMFs and two additional -200LRMFs.

In a management discussion and analysis document for the quarter it was confirmed that Cargojet has now signed agreements for the purchase and conversion of four B777-200, with expected delivery dates of Q4 2023, Q1 2024, Q3 2024 and Q4 2024.